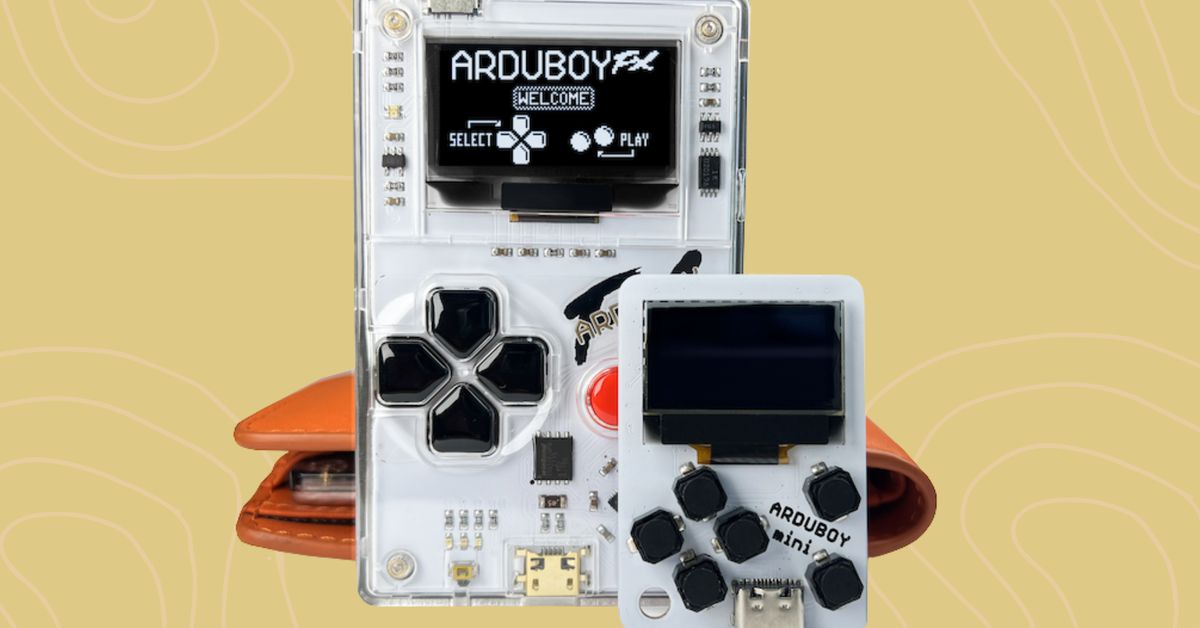 The Arduboy Mini is the latest Game Boy-inspired handheld game console from creator Kevin Bates, the man behind the original Arduino-based 8-bit Arduboy. Measuring in at around two quarters in length (as shown in Gizmodo’s early review), this tiny gaming handheld offers many of the same benefits as the larger Arduboy despite its compact size, such as an OLED display, hundreds of open-source games, and an exposed design that encourages users to explore hardware hacking and coding.

In fact, tinkering is so encouraged that the Arduboy Mini doesn’t come with a speaker or a battery built-in. Instead, the gadget comes with clearly labeled solder contacts for both a battery and speaker located on the exposed rear of the device. Otherwise, the Arduboy Mini can be powered by a portable battery connected to the USB-C port.

The Mini features a monochromatic 128 x 64-pixel OLED screen, a 16MHz ATmega32u4 processor, and six buttons — four on the front left laid out like a directional pad and two on the right that can be used as action buttons in-game. A seventh button is also located on the rear of the device, which is used to reset the console. A library of over 300 8-bit retro-inspired games come preinstalled on the tiny console, all open-source and created by a dedicated developer community.

Preorders for the Arduboy Mini are currently available for $29 via an open KickStarter project, which surpassed its initial $10,000 funding goal within just 13 hours of launching on December 7th. Discounts are available when buying multiple Arduboy Mini consoles (such as a pack of ten for $240) and fulfillment isn’t expected to start until June 2023.