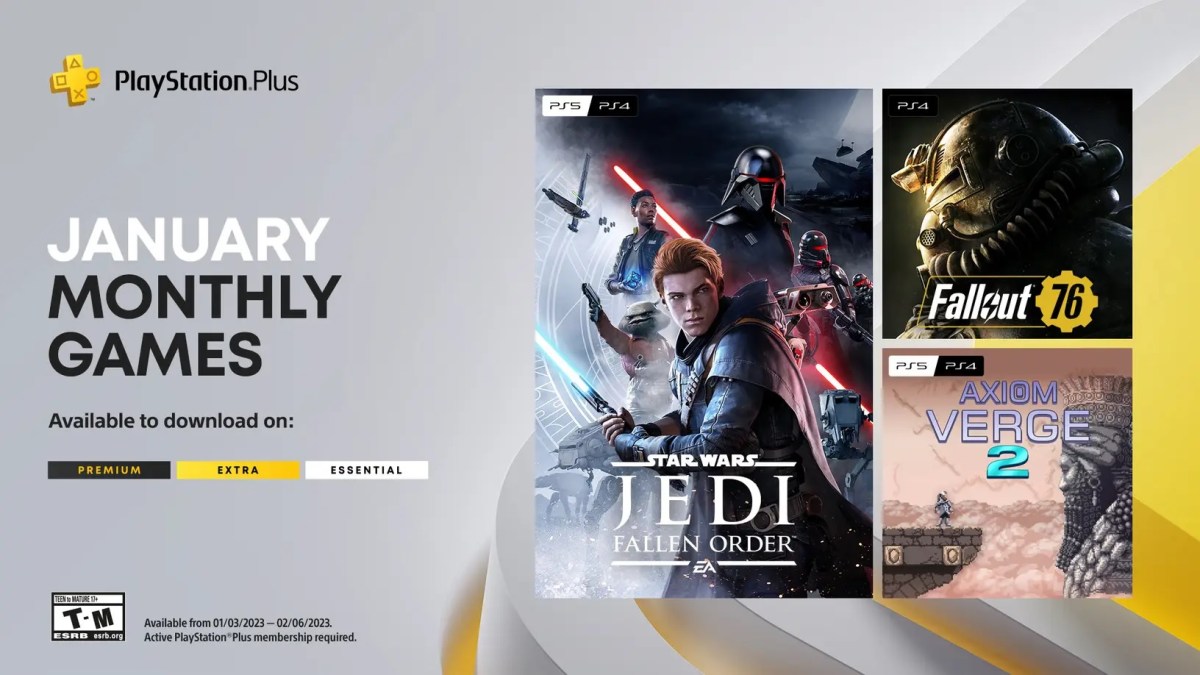 Connect with gaming and metaverse leaders online at GamesBeat Summit: Into the Metaverse 3 this February 1-2. Register here.

PlayStation announced its first additions to PS Plus for 2023. Starting on January 3, it’s offering three new games for all PS Plus subscribers. These include Star Wars Jedi: Fallen Order, Axiom Verge 2 and Fallout 76. As usual, it plans to announce the Extra and Premium-tier exclusive titles later in the month.

Jedi: Fallen Order is a good addition, both for the game itself and strategically. It’s a great game and a must-play for any fans of Star Wars. It’s also getting a sequel in 2023. Jedi: Survivor, the follow-up to Fallen Order, launches on March 17. Players who haven’t yet caught up on the series are more likely to grab the first title while it’s free for PS Plus users.

Axiom Verge 2 is the sequel to an indie Metroidvania classic, which follows a new story and characters. Originally launching in 2020, it launched on PS5 earlier this year. The main character explores subterranean environments and ruins as well as parallel realities, all depicted in the series’ trademark pixel art.

Each PS Plus addition usually has a multiplayer title. In January, it’s Fallout 76, an MMO addition to the Fallout series. The player characters are the original wave of Vault Dwellers, released to reclaim the USA following nuclear annihilation. The game went free-to-play earlier in 2022, and Prime Gaming offered it to subscribers as well.