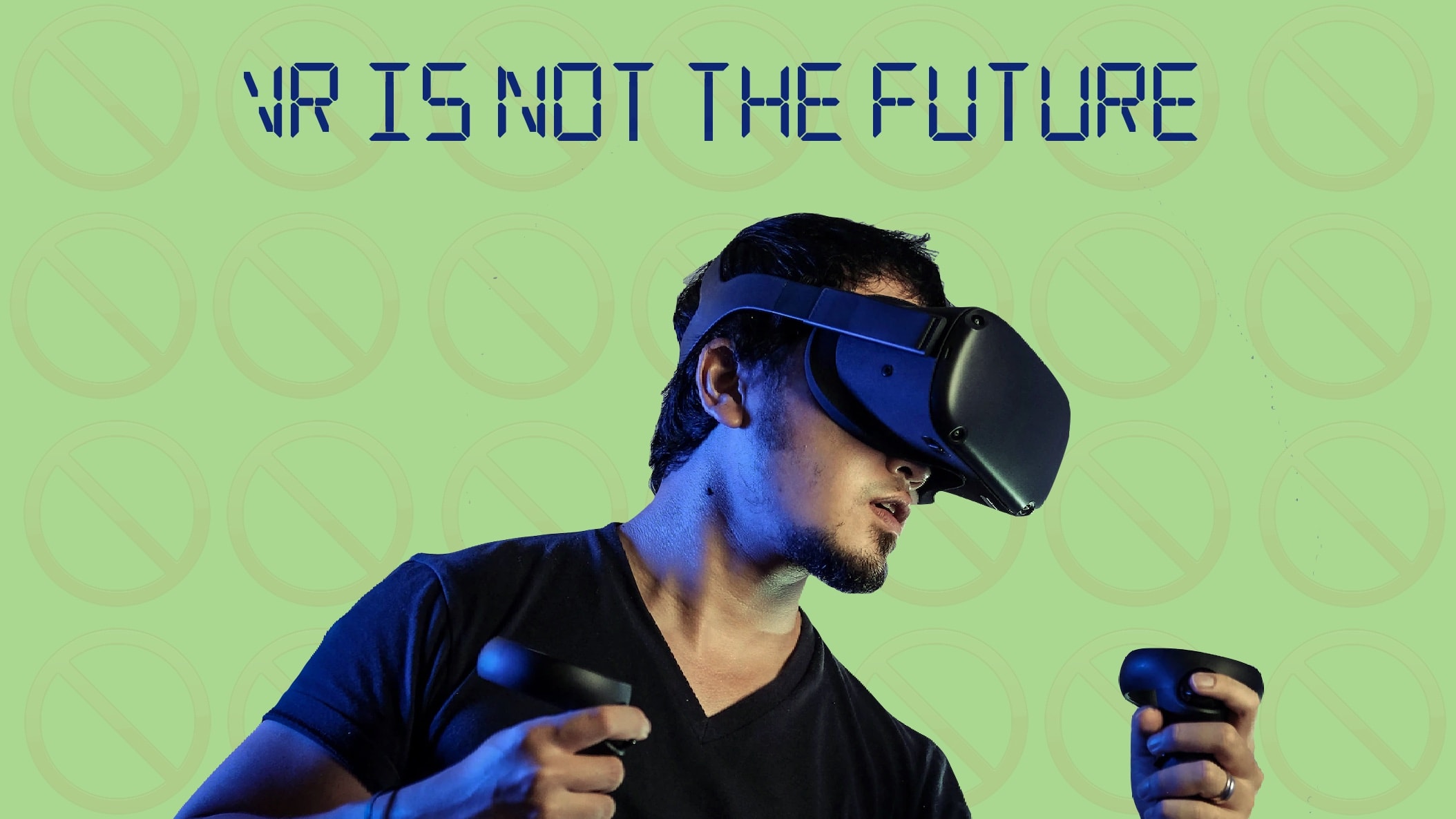 The AR/VR headset likely coming from Apple in 2023 will not be the company’s next smash hit. It will have fans, just not huge numbers of them.

But this first headset will be an important stepping stone toward an Apple device that will change the world.

Persistent rumors and leaks point to Apple releasing a headset with both virtual reality and augmented reality capabilities in 2023. CEO Tim Cook actually teased the AR/VR headset during an interview this summer. This first model will apparently be called either Reality One or Reality Pro.

Tipsters say it will pack three high-res displays, one of which will be external. It’ll be built around a chip on par with the Apple M1 to power its performance. Many types of sensors will detect the wearer’s surroundings and body motions.

As cool as Apple’s upcoming realityOS headset sounds, there simply isn’t that big a market for it. Possible uses include gaming and employee training – just what current VR headsets are used for. And those have niche appeal.

That’s why Oculus/Meta has sold only about 16 million VR headsets to date. For comparison, there are over 100 million active Apple Watch users, and it’s not generally considered a very big success.

If virtual reality was going to go mainstream, it already would have. COVID-19 forced hundreds of millions, possibly billions, of people into lockdowns. Stuck in our homes, we dreamed of the freedom to move about in safety. We all wished we could be with our friends and loved ones. But we did not turn to VR in huge numbers.

Even when we were lonely, anxious and bored, and had been for months, it was not enough to entice us to put on a helmet and be immersed in a digital world.

True, Apple has a history of taking lackluster products and transforming them into huge successes. Look at what it did with iPod, iPhone and iPad. Perhaps that will happen again with VR helmets. But it seems unlikely given the nearly complete lack of interest in VR among the general public.

Hardware is significant part of the problem, though. Apple’s offering will be less bulky than rivals, but that’s a low bar to get over. Competitors are cumbersome to wear, and become uncomfortable in only a few hours. Given all the features being packed in, it’s unlikely Apple will be able to reduce the bulk significantly. Not with this first-generation model, anyway.

To be clear, VR headsets, including Apple’s, will be widely used but only in the same way that PlayStation is widely used. Millions of people will own one, and Apple will almost certainly grow the total, but the product category won’t be as popular as notebooks, tablets or phones.

But augmented reality is the future

VR will remain a niche product, while AR will completely transform the way we live. It will just take a while.

Although we don’t want to completely dive into a VR world, we already use our iPhones as a clumsy form of augmented reality, getting driving directions and reading texts on the go. So don’t try to ague that people don’t want to check their IMs or scroll through Instagram while they’re walking around because we all see people doing exactly that now on their handsets. AR glasses will just make the process easier.

And that’s only the first step. With AR, your Mac doesn’t need a physical screen, only a virtual one. The display will be projected onto the glasses so it appears to be floating in front of the user. And the virtual screen can be as big or as little as required. That means a single computer you carry in your pocket will be your Mac, your iPad, your iPhone and your TV.

But that’s not going to happen in 2023. The hardware to make AR glasses is still years away. It’ll have to go beyond being small enough to be comfortable to use, all the way to being so portable we’ll want to wear them everywhere all the time.

But Apple is nevertheless building AR capabilities into its first headset so developers will have access to test equipment. The killer AR apps of the future will be written using Apple’s bulky VR headsets that will start reaching customers in 2023. So think of next year’s product as a stepping stone to the future.