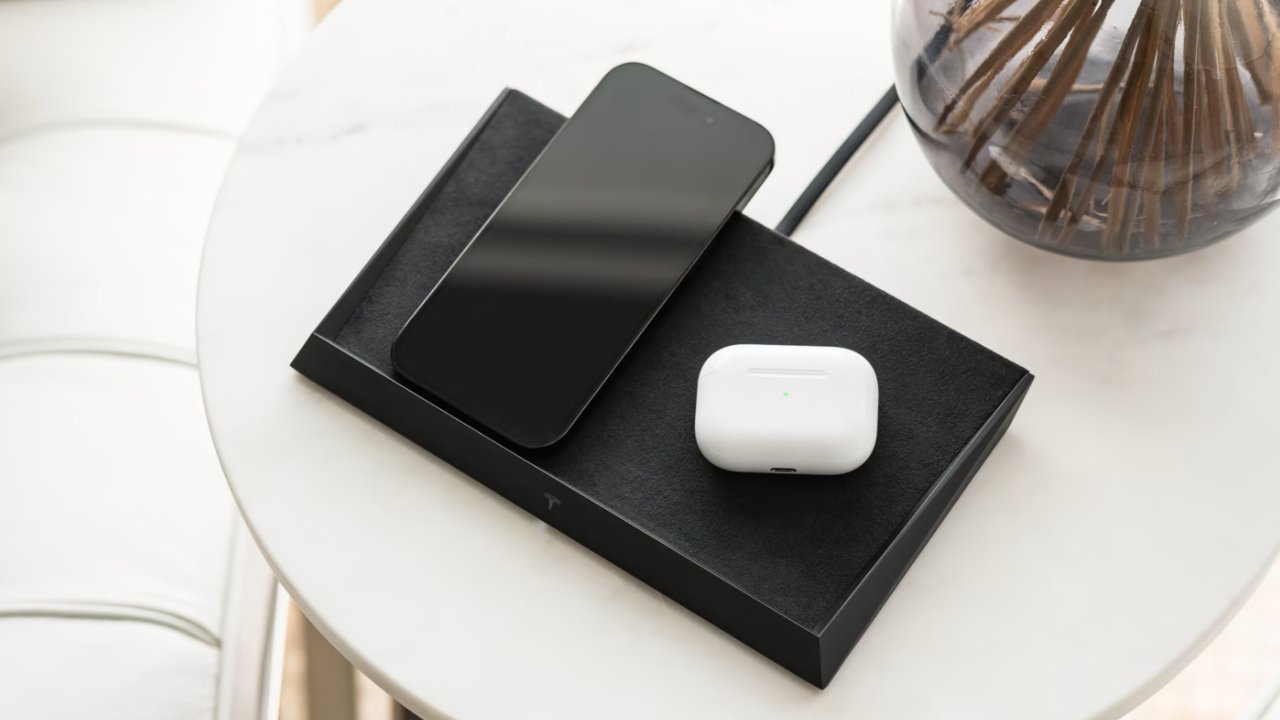 While its CEO is a little busy elsewhere, Tesla has rolled out a wireless charger shaped vaguely like its Cybertruck, with the same goal — but not design ethos — as Apple's AirPower.

Forget naming cars so that the range spells out the word “S3XY,” now Tesla's marketing department has released the “Wireless Charging Platform.” Perhaps they knew they might as well use a description instead of a name because everyone's calling it AirPower.

Previously, in 2017, Apple announced AirPower, a then-forthcoming wireless charger where you could just put your iPhone, Apple Watch, and AirPods down on its surface, and they'd charge. Except they wouldn't, or the AirPower would burn up, or something, and eventually Apple threw up its hands and abandoned the idea.

Now, Tesla has begun taking pre-orders for its version, the Wireless Charging Platform, which will begin shipping in February 2023.

“Inspired by the angular design and metallic styling of Cybertruck, our Wireless Charging Platform provides 15W of fast charging power per device for up to three devices simultaneously,” says Tesla. “Its sleek design is composed of an aluminum housing, premium alcantara surface and a detachable magnetic stand that allows you to lay the charger flat or at an angle for better viewing.”

It is specifically for “Qi capable devices such as phones or earbuds,” which means it won't charge the Apple Watch. While in certain — and rare — conditions you can get a Qi charger to work on an Apple Watch, it's pretty clear given Tesla's marketing materials that they did not crack that nut.

So it's not quite the complete solution that AirPower tried to be. That means you're still going to have to have at least two chargers, which makes the $300 of Tesla's option seem even more costly.

Tesla is not the first firm to produce an multi-device charger — but it is the first to have one that you can put devices down anywhere on the surface. Mophie released what it called the 3-in-1 wireless charging pad in 2019, and at launch it cost $140 – including a built-in stand for an Apple Watch charger.

Similarly, in 2020 there was the Satechi Trio Wireless Charger which includes an Apple Watch stand. That retails for $120 from Amazon.