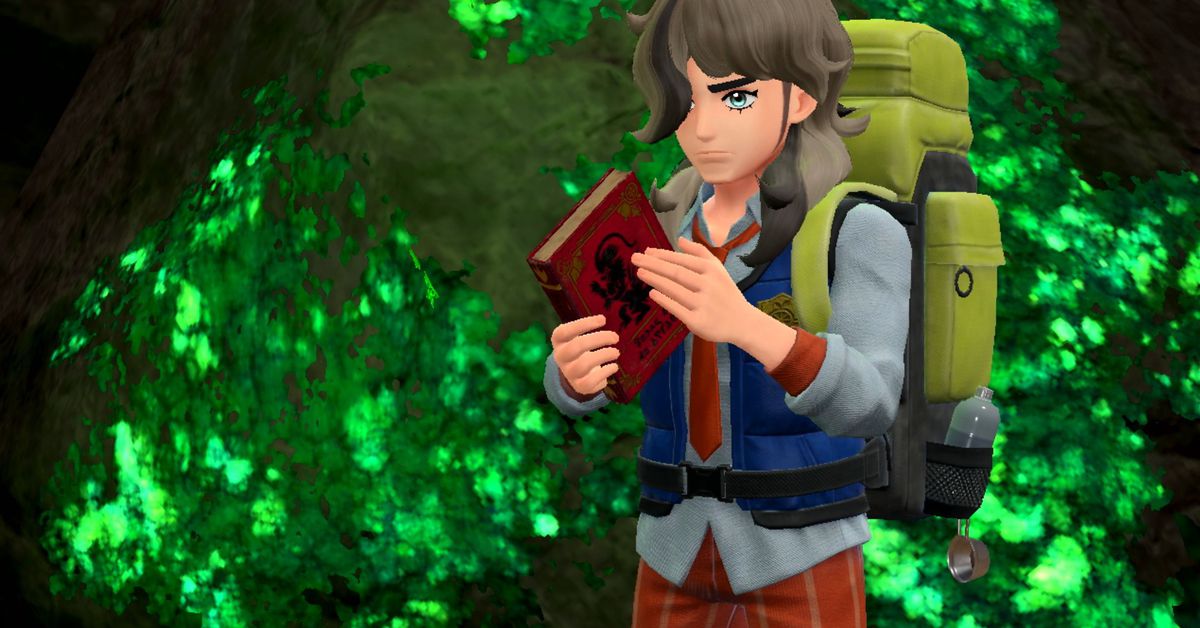 It was a data miner who discovered that the Pokérus isn’t present in Pokémon Scarlet and Violet. On its own, it’s a small detail. But it’s part of a trend in Pokémon games overall: as time goes on, they’re simply getting less weird.

The bizarre virus takes some explaining. Introduced back in Generation II, the Pokérus had less than a one in 20,000 chance of infecting a pokémon. (By comparison, shiny pokémon, which are specifically famous for being rare, have a base one in 4,000 chance of appearing.) And despite being presented as an infection, the Pokérus was actually beneficial.

To understand how, though, you also need to understand effort values, or EVs. Defeating an opponent in battle rewards between one and three EVs in a specific stat. But EVs are never properly explained in-game and rarely referred to at all. That’s because they don’t really have an impact on the casual player. Battle a variety of pokémon and your own will grow in a balanced, if slightly arcane, way.

When things get competitive, though, EVs become a useful tool. For instance, all pokémon have both a physical and a special attack stat. But their moves can only fall into one of those categories, and individual pokémon usually have a natural affinity for one or the other. A pokémon can’t max their EVs in every stat, so competitive trainers will focus on gaining EVs in just one form of attack to avoid splitting them unnecessarily.

When it first came out, Pokémon was a weird and mysterious thing

A pokémon infected with Pokérus used to gain double EVs, speeding up the process significantly. Players who wanted to legitimately obtain the strongest possible pokémon would deliberately infect their battle buddies with the Pokérus before training them. Far from being a wildly rare occurrence, trading, sharing, and spreading the Pokérus between players became a part of the grind.

Its removal doesn’t really have much of a material impact on the game. The Pokérus was a niche mechanic that affected a niche group of players. The casual player would likely never run into it, and even if they hit that one in 20,000 chance, they probably wouldn’t notice any benefit. But for competitive players, the games have steadily introduced more and more ways to get powerful teams, including easier EV training. And players who want top-end battles don’t even necessarily need to go through the time and effort of breeding and training powerful monsters in the first place: many use tools like Pokémon Showdown to simply simulate things.

But the now-concluded story of the Pokérus does mirror a shift in the Pokémon games overall. When it first came out, Pokémon was a weird and mysterious thing. Rumors spread about Red and Blue, from claims that Mew could be found hidden under a truck to the idea that anyone who heard the Lavender Town music would die. And behind the rumors were genuine moments of strangeness. You can use your fishing rod on statues as if they were floating on water, certain characters can disappear and allow you to sequence break, and glitched pokémon like MissingNo haunt the cartridges.

When Gold and Silver came along and the Pokérus was introduced, it fell into this same category — a weird, almost impossible to reproduce, potentially scary thing that could happen without warning or any real explanation. But with time, the internet, and data mining, it eventually became something well-known. The exact percentages of its occurrence were revealed, along with its mechanics and uses. It became a honed technique for those who wanted it and a small bit of trivia for everyone else.

The same can be said for many of Pokémon’s long-running oddities. The aforementioned shinies, for example, were once a rare, mysterious recoloring that, again, most players wouldn’t see during a casual playthrough. If they did, they might not understand what was going on, or it might become a symbol of extraordinary luck to brag about with friends. Nowadays, there are a handful of methods and tricks and farming techniques for getting shinies. You still need luck, but a lot less of it. It’s mostly been replaced with perseverance and brute force.

The existence of these grinds, and the people dedicated to them, has, in turn, led to quality-of-life changes to reduce them. Eggs used to be a weird surprise you could occasionally find if you left pokémon at the day care center. But as eggs became central to various high-end mechanics, including breeding competitive pokémon and getting shinies, they became easier and easier to obtain. In Scarlet and Violet, breeding and hatching eggs takes minutes if you have the right sandwich powers and can be done straight from your picnic.

The same is true of friendship, a mechanic that causes certain pokémon to evolve. There’s no luck involved, but it’s only vaguely alluded to in most games, with a single NPC somewhere in the world giving broad responses as a hint. Without a clear understanding of how it works, a pokémon suddenly evolving after you’ve had it for a while and used it plenty is a brilliant surprise. But now that it’s easy to find out online exactly how to raise that friendship level, it seems that Pokémon’s creators have responded in turn, making it much easier overall. In Scarlet and Violet, just a couple of sandwiches might do the trick. It might be a surprise, but only because of how quickly it happened. There’s no more need to wait, travel around, battle, and genuinely get closer to your pokémon.

I enjoyed Scarlet and Violet a lot, but the loss of sheer weirdness and joyful surprises in the games is a shame — and not one that I think the Pokémon Company can easily avoid. It was, after all, a data miner who discovered that the Pokérus isn’t present in Pokémon Scarlet and Violet. All the secrets of the games will be spilled within days of their release, and people will begin to optimize to get whatever has a small chance of appearing, from eggs to shinies.

But that’s no longer true for the Pokérus. It’s not clear exactly why it was removed, but it had already changed completely from its first iteration — not mechanically but socially. Where once it was strange, unexpected, and inexplicable, it, and so much else of Pokémon, has become understood, common, and easily exploited.