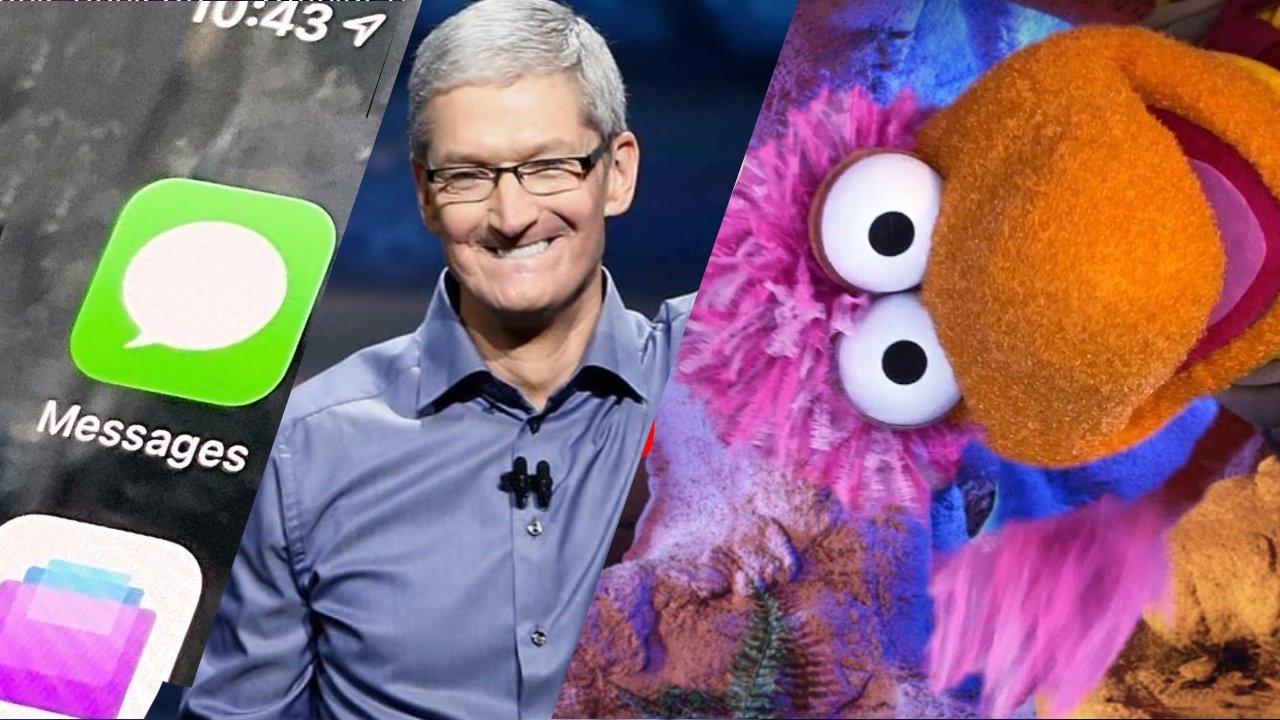 Intel promises it has a faster chip than the M1, but Apple seems to be earning a little cash anyway, and Spotify is still raking it in despite artists' protests.

In an alternative universe, January 2022's headline for Apple users would have been that Intel has produced incredible performance improvements in its processors. We would now be seeing rumors of Apple revamping its MacBook Pro to use the Alder Lake processor, and we would be happy.

It is genuinely impressive that Intel has done some actual catching up instead of just leaking more PowerPoint presentations promising that it will someday.

Even so, an Alder Lake processor that might be faster than one of the Apple Silicon M1 designs, or might not be, it isn't going to make anyone regret moving away from Intel. And if anyone of us do as users, if any of us hanker for an Intel Alder Lake MacBook Pro, the battery life and the power consumption would make us change our mind.

Apple presumably has people also employed shaking their head at those specifications, but overall it is too busy counting its income. Tim Cook in the legally-required earnings call said that its latest Mac sales revenue “was an all time record… driven by strong demand for our newly redesigned MacBook Pro powered by M1.”

And there is the small thing that in January 2022, Apple became the first company in the world to be valued at $3 trillion. Money can't buy you happiness, but $3 trillion can rent the shareholders quite a bit.

Corporations are people, too

The US and various other countries treat corporations as individuals, as people really, in certain aspects of the law. But it's also the case that corporations take on the personality of the individuals who lead it.

For instance, Mark Zuckerberg wouldn't fit in at Apple, IBM, or Mothercare, but then you can't see Steve Jobs having a great time at Twitter, either.

And it took Apple to invent AirTags, but then it took writer and activist Lilith Wittmann to think of using one to prove a German authority is a front for an intelligence service.

But back to companies as individuals.

You don't really expect to see companies behaving like people and being, for instance, a bit petty. It is possible that there is a tinge of green envy in Intel's eyes over the M1 processors and the halcyon days when Intel chips ruled.

But it was undeniable this month that Google was in a strop.

According to Google, Apple has socio-engineered teenagers the world over so that they bully each other into buying iPhones. It's all to do with whether you have green text messages or blue ones, and if you skipped your Apple indoctrination session, Blue is Good.

Blue means you have an iPhone, green means you've got Android. Or rather, the colors mean this to anyone on an iPhone. If you are on an Android, you don't get this.

And if you're outside the US, you might get it, but you truly don't get the fuss.

Rather than being the global concern Google claims, the rest of the world is chiefly using WhatsApp and Weibo. And rather than Apple pulling this off through Machiavellian control of teenage minds, iPhone is just better at texts than Android.

That's not to say that Apple is run like a Church fete, or that Face ID in Apple Park has had to be configured to recognize halos. In January 2022, it wasn't always being that great technically, either.

This month, developers finally cracked and said, look, iCloud syncing isn't working. According to multiple developers discussing the issue online for many weeks, there are repeated “service unavailable” errors in CloudKit.

The errors are one issue. Apple's alleged inability to address them is another.

At least developers got some bright news from Apple to make up for it. From January 14 through to May 20, 2022, eligible developers can bid to see a share of an Apple $100 million settlement over an App Store case.

Then if those Apple lawyers ever get a lunch break away from Epic Games and the App Store, they can now file another lawsuit or two against Ericsson.

In 2015, Apple wanted to use Ericsson's patented technology, and Ericsson also wanted them to. Yet they both went through the courts to gain some advantage – before finally shaking hands on a deal.

At some point, it will end, maybe with another deal and another handshake, but App Store cases will live on forever.

At times, Apple has claimed that the App Store is a tiny part of its business, and there are much bigger rivals.

If Apple meant that, you could picture the odd tea break where Tim Cook and Eddy Cue have mused about just letting it go.

They won't, though, because the App Store's allegedly tiny sales drive the much larger iPhone sales, it's rare for anyone to feel too sorry for Apple's App Store legal woes.

Except if Apple is looking out for Apple, none of the rivals suing it are exactly doing so with us in mind. Apple argues that making it allow alternatives would be harmful to us.

Depending on how it's done, though, the difference will be that any developer can choose to implement their own instead of Apple's backend servers processing payments for all developers.

Maybe developers haven't looked at how costly and tricky that is. Or perhaps it's just developers who already have payment systems for other platforms that are protesting against Apple's one.

We don't seem to get that many protest songs anymore, but we do have protesting singers. Neil Young removed his music from Spotify this month, specifically to call attention to how the streamer's Joe Rogan podcast repeats COVID misinformation.

Young was followed by Joni Mitchell, and then Nils Lofgren. James Blunt joined the cause by threatening to release more music on Spotify if the company didn't drop the podcast.

Spotify will not drop the profitable podcast because of a few artists fading away that they pay fractions of a penny per thousand streams. But just as Foxconn India's workers found, the right protest can make a difference.

And so Young has kicked off debate that has ranged wider than within his audience and has got Spotify to make conciliatory noises.

They may be barely audible conciliatory noises, but at the same time, the marketing team at Apple Music was quietly making its presence felt.

It's not enough to call yourself “the home of Neil Young,” at least not when the artist is on other streaming services such as Amazon. But it is all about perception, and it is all about making a favorable impression.

And while there are these other music streaming services, in January we again learned that Apple Music is second only to Spotify as the most-used one.

It's peculiar to think just how long Apple, this famous computer and phone company, has been involved in music. From the fight with The Beatles' Apple Corps, through Steve Jobs convincing record labels to join iTunes and change their business forever, Apple and music go together.

At some point, we're going to see the name “Apple” and instead of associating it with “Mac” or “iPhone,” we could think “Fraggle Rock” instead.

We're not there yet, but January 2022 was another step in Apple's move to being a services company. Maybe February will bring some hardware.