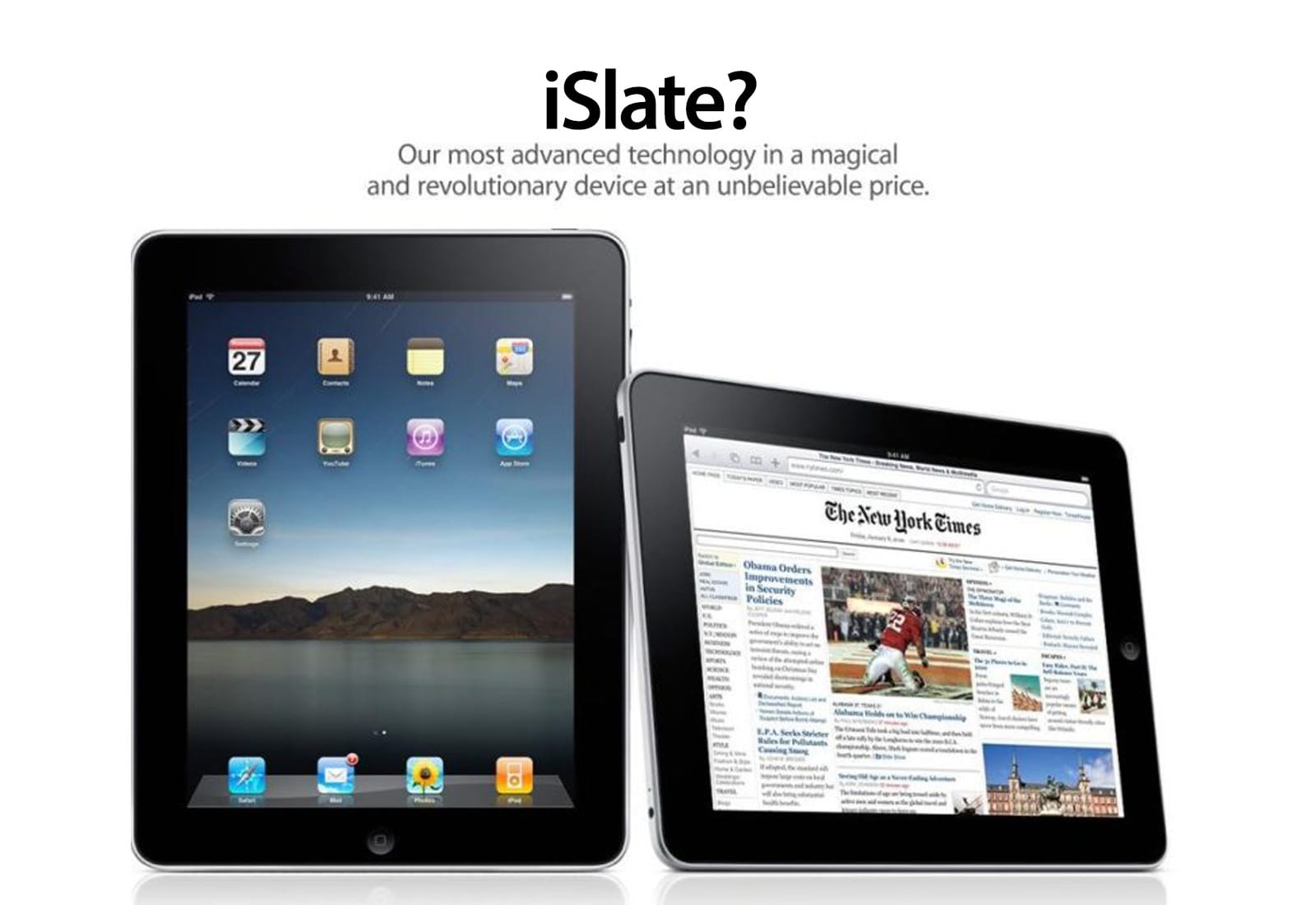 December 24, 2009: As rumors of a possible Apple tablet reach the boiling point, word spreads online that the new device will be called the iSlate.

The news is based on the fact that Apple quietly acquired the domain name iSlate.com a few years earlier. Since Apple did the same thing for the iPhone back in the late 1990s, years before the iPhone actually debuted, it makes total sense that the company would follow suit with the naming of its tablet.

Of course, that didn’t end up happening.

Digging into the iSlate rumor

Eurobox Ltd. originally registered the iSlate.com web domain in October 2004. Eurobox later passed it on to Data Docket Inc. In 2007, the domain went to MarkMonitor.com. That company handles domain name registrations and trademark protections for a wide range of companies, including Apple.

Keeping the name quiet was typical of Apple. The company goes to extreme lengths to keep word from getting out about its products in advance — all while securing the necessary trademarks. An examination of records for the iSlate.com domain revealed Apple’s ownership of it.

MacRumors broke the iSlate story (happy holidays to our friendly rivals!) after a tip from a 14-year-old kid by the name of Mark Gurman. (He later went on to become a veritable Apple scoop machine before joining Bloomberg as a reporter focused on Apple.)

Once news of the iSlate domain name discovery broke online, others joined the investigation. TechCrunch discovered that the iSlate name had been registered as a trademark by an unknown Delaware company named Slate Computing LLC back in November 2006 — before the iPhone was even released. Apple set up this dummy company. The giveaway? Regina Porter, Apple’s senior trademark specialist, signed the application documents.

In the end, Apple did release a tablet in early 2010, but it wasn’t called the iSlate. Instead, Apple called it the iPad. At the time, many people suggested this sounded like a feminine hygiene product.

Would you have preferred the name iSlate? Were you an Apple fan at the time the iPad was still a rumor? Let us know in the comments below.