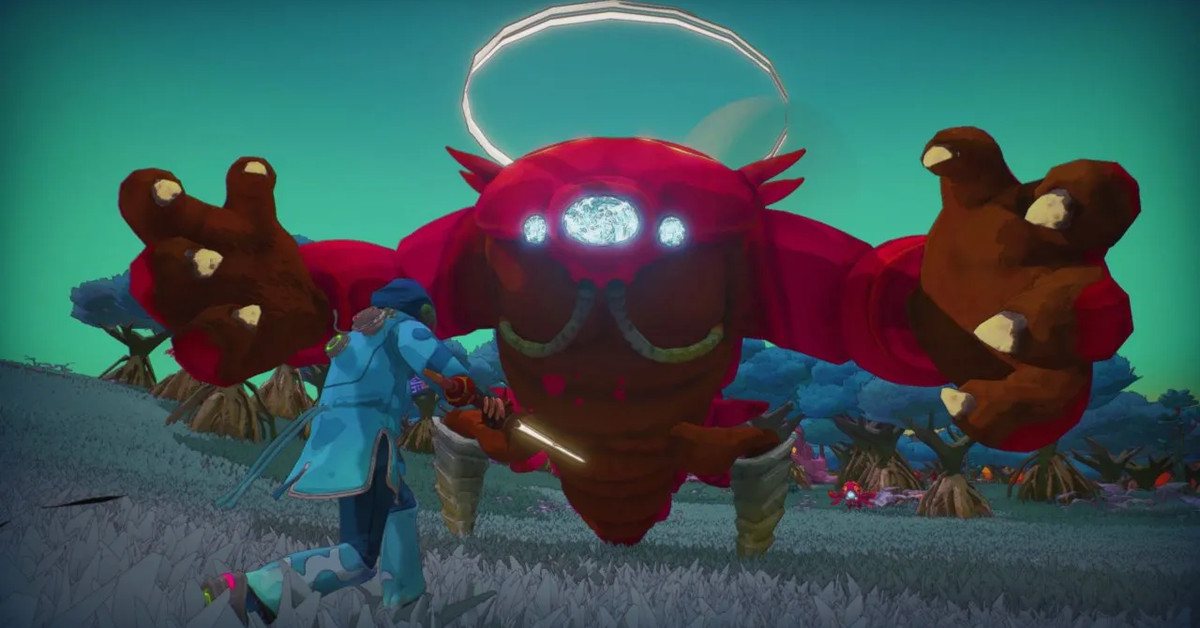 Earlier this year, Google announced that it was shutting down its game streaming service Stadia, a short three years since its launch in 2018. While it’s mostly fans of the service feeling the impact of the closure, there are a handful of developers with Stadia exclusives that will unfortunately lose their games when the service shuts down for good in January. One of those is Q-Games, makers of PixelJunk Raiders. The Verge spoke with Q-Games’ founder and CEO, Dylan Cuthbert, who explained the unique situation Q-Games is in, trying to get their exclusive off Stadia’s foundering ship and somewhere safe where people can play it.

PixelJunk Raiders is a space exploration roguelike that takes advantage of Stadia’s unique “state share” feature that allows people to share instances of their game in which other players can jump into and experience for themselves.

Before Raiders was in development, Cuthbert said that Google was showing Stadia off to developers, and he immediately latched onto the idea of players being able to share their experience in the game with others. “We built a game around those basic ideas, and it was a fun design challenge,” Cuthbert said.

As development on Raiders continued, Cuthbert wanted to flesh out more ideas his team had for the game, extending its development time. But around six months before Raiders released, he started to get the idea that Stadia might be in trouble.

“Even though we wanted to develop the game further, [our Stadia representative] was like, ‘No, you should really ship it, or maybe it won’t get shipped,’” Cuthbert said.

Raiders launched in March 2021 to less-than-glowing reviews. By then, Google had already shut down the studio it opened, headed by Jade Raymond, to create first-party games for the service.

“I think the writing was on the wall,” Cuthbert said.

Oddly enough, this isn’t the first time Cuthbert’s been faced with trying to save one of his games. In 2017 Q-Games released The Tomorrow Children, an adventure game with a unique voxel-based art style. The free-to-play game wasn’t able to generate enough money to cover its server costs, so Sony shut it down six months after its release.

“Even though we had a strong fan base and a strong user base, we didn’t want to milk them for more money,” Cuthbert recalled. “We had trouble building up our base income, and so, [Sony] shut it down.”

“Every day there were screenshots being posted on Twitter, even though the game wasn’t live anymore and they couldn’t play it.”

That ardent love inspired Cuthbert to try and revive the game, which meant a complicated legal dance with Sony’s licensing department.

“So I said, ‘Well, if you give me the IP back, I’ll rework the game so there’s no running costs,’” Cuthbert said, describing his negotiations with Sony to get it to release the IP rights of The Tomorrow Children to Q-Games. “I’ll get the game back out there for the fans, and I’ll even enhance it for the PlayStation 5.”

But before Sony could say yes, Cuthbert also had to track down the various licensors of the tools used in The Tomorrow Children’s development as well as its voice actors and music directors to get their permission to re-release the game.

“It took about a year to get the permissions. Some of the people were just hard to track down because the companies had gone out of business.”

But after Cuthbert’s shoe leather-style information gathering, he finally had all the pieces in place to re-release The Tomorrow Children, which Q-Games did earlier this year. And the fanbase now is proving to be just as in love with it now as they were back in 2017. “The support’s been amazingly positive. They’re all mad. I mean, in a good way,” Cuthbert chuckles.

Cuthbert hopes he can engineer a similar fate for PixelJunk Raiders. When asked how Q-Games intends to port a game seemingly reliant on a feature exclusive to Stadia, Cuthbert seemed confident that it’d be an easy technical fix.

“So the state share system is copyable, I think,” he said. “Jumping in from videos and stuff obviously couldn’t be done, but that wasn’t quite as important at the end [of development], so I think that’s actually fine.”

Where Cuthbert does feel he might find some friction is with Google itself. After the challenge of re-releasing The Tomorrow Children, one of the lessons Cuthbert said he learned was to, as much as possible, retain the IP rights to the games he makes. And while he does have the rights to PixelJunk Raiders, he says the contract he signed with Google makes it economically unfeasible to release the game elsewhere.

“I think the writing was on the wall.”

“The main idea internally is that if we can find funding, what we’d do is we would take the game and rework it into the more complete vision that we had, then relaunch it,” he said. “We managed to get like an addendum added to our contract to let us maybe release on other platforms, but the royalty on that addendum was just too high to make it feasible.”

Cuthbert’s idea is to bring in a publishing partner who can help with development costs and marketing to re-release the game. But before that can happen, he needs somebody, anybody, at Stadia to help him renegotiate his contract. Publishers aren’t going to want to get involved if Q-Games will have to pay a steep royalty to Google in order for this game to be published elsewhere despite the fact that in T-minus 28 days and counting, the platform the game is currently on will no longer exist.

So for the moment, Raiders is in limbo.

“There is there is one guy there who seems to be trying to get stuff done,” Cuthbert said. “He just sent me a message saying that he’s working on it. So be patient. But I don’t know how long we have to be patient.”

“I don’t know how long we have to be patient.”

Despite the fact that it seems like Raiders is about to blip out of the universe, ala Thanos’ snap, Cuthbert is proud of what he achieved with Stadia. And that, had Stadia taken advantage of its full potential, it could have potentially addressed the preservation issue older games face.

“You could have a system where you can just go and watch some game from the ’80s on YouTube, and your mom could play. And it would be just there, like no hassle for any browser. So the whole thing for me with Stadia, why I was so enthusiastic for it, was its potential to lower the barrier of entry.”

One of the problems with video game preservation is hardware degradation and the rapid leaps in technology the industry cycles through every seven to eight years. With Stadia, Cuthbert envisions an ecosystem where all the game technologies of the past are preserved and stored on the cloud as emulators that people could play at the click of a button.

“I think if we want to be serious about preserving games from the ‘70s or the ‘80s or, you know, all the way back to the beginning. That’s the kind of system we need. He said. “We can’t be relying on people buying cheap plastic emulators in a box.” (Ironically, one of Cuthbert’s own games was revived in the form of a release on a “cheap plastic emulator in a box” as he worked on StarFox 2 which was scrapped for 20 years before Nintendo officially launched it on the SNES Classic.)

But before Cuthbert can realize his dream of an online emulator service where he can play Smuggler’s Run, he needs to see a Google about PixelJunk Raiders.

“I’m just waiting and seeing what happens,” Cuthbert said. “I’m kind of trusting in them to come back and say, ‘Okay, here you go. You can run with it now.’”