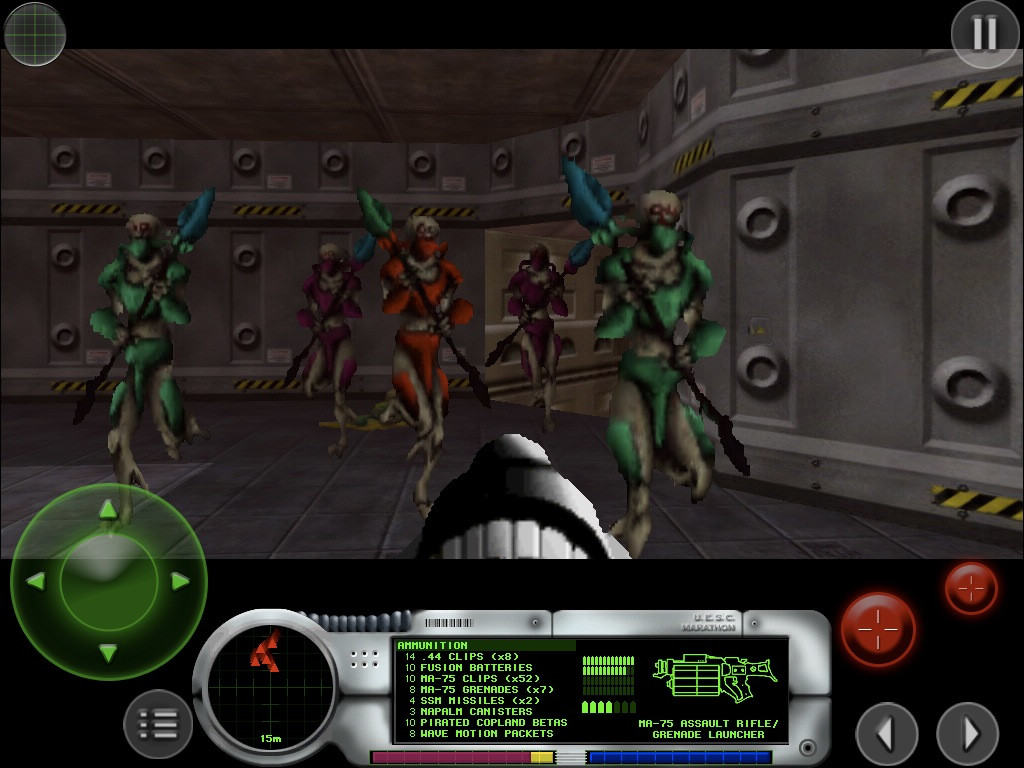 December 21, 1994: Mac gamers get their hands on Marathon, a sci-fi first-person shooter designed as an answer to the massive success of PC title Doom.

Created by Bungie, the team that would later make the Halo games, Marathon introduces important features to the FPS genre. Just as importantly, it isn’t available on PC. Marathon quickly becomes a favorite among Mac gamers.

Marathon, and a short history of Mac games

In the 1980s, the Apple II was the computer system for gamers. Many who later became players in the video game industry, including id Software co-founder John Romero, got their start playing and developing games for Apple’s first mass-market computer.

However, as the decade wore on and the 1990s started, PCs gained the advantage. While some games ran on both Apple and Windows computers (and, before that, PCs running on MS-DOS), many never arrived on either the Apple II or the Mac.

Marathon stood out as a noteworthy exception. The game sprinted off the starting line about 10 weeks after the PC launch of the acclaimed Doom II: Hell on Earth (which didn’t port to Macs until the following year).

While today Doom is certainly the better remembered of the two franchises, Marathon encapsulated a lot of what seemed to make Macs different at the time. More cerebral than the balls-to-the-wall action of Doom, the game exhibited a slower, more atmospheric, pace. Its engaging science-fiction storyline offered plenty of puzzles to solve.

Unlike Doom-style action games that required you only to reach a set exit point to proceed to the next level, Marathon based its 26 levels on objectives that needed to be completed to advance.

Today, titles like The Last of Us have shown that game plots can be every bit as engaging as those told in other mediums. But two decades ago, storytelling mostly remained subordinate to action in video games. And, at least in my experience, it didn’t usually extend far beyond an exposition-heavy, Star Wars-style crawl of text on games’ opening screens.

Marathon was different. The plot was revealed to players gradually as they accessed different computer terminals throughout the game, hinting at a gameplay element that would later be used very successfully in Resident Evil.

The story itself was like a cross between Aliens and 2001: A Space Odyssey. You played a security officer trying to defeat an alien invasion on a colony ship called Marathon. AIs called Leela and Durendal helped you on your mission.

Mac users might secretly have preferred sawing monsters in half with a chainsaw. But Marathon provided a different experience with its own merits.

Marathon: A Mac game ahead of its time

As was standard with Macs, Marathon also introduced features that were ahead of their time — and soon became standard. These included dual-wielding weapons, secondary fire, an impressive gravity-changing physics engine and a networked multiplayer mode with (remember that this was 1994!) real-time voice chat. This last feature proved especially massive. At the time, many of my friends with PCs were just buying their first sound cards.

After its December 1994 release, Marathon became a critical and commercial success. It gave Mac gamers a title to be proud of. And it established Bungie as one of the biggest developers for the platform. After completing a trilogy of Marathon games, Bungie went on to develop the Halo franchise. (Those hit games reuse some of the ideas developed for Marathon.)

Do you remember playing Marathon for Mac? What was your favorite retro Macintosh gaming experience? Leave your comments below.