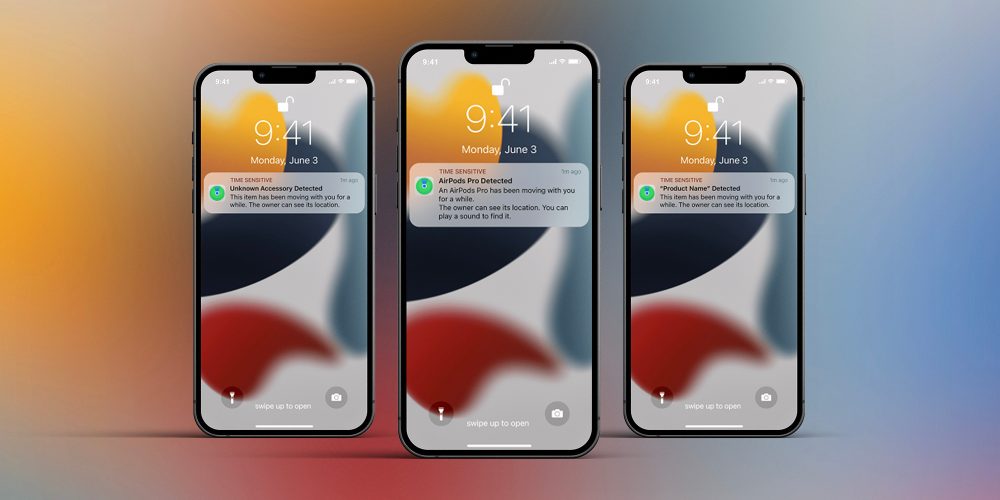 Losing something with an AirTag attached is awesome. Ping the AirTag or locate it on a map and you’re well on your way to finding whatever thing you lost. Using an AirTag before you actually lose something? That’s another story.

AirTag will notify you via the Find My app on iPhone if you leave something behind. That’s great for when you leave your car keys in the movie theater or your backpack at the taco shop.

You probably don’t want to be notified every time you leave home without your backpack thought. Apple lets you set safe places where AirTags can be left behind without signaling that something was lost. This is a great solution for home, work, and the hotel where you’re staying for a week.

The Find My system isn’t perfect though. Find My will regularly notify you that you left your AirPods behind when they’re in your ears or the case in your pocket. You also can’t tell Find My to ignore tracking alerts from AirTags registered to trusted contacts. Family Sharing and AirTag should meet.

Yet there’s one more thing that really drives me bonkers about AirTag notifications. I can mark specific locations as safe, but not my car. I get it: My house doesn’t move, but my car does. It’s a harder problem to solve! Nevertheless, it’s a problem that needs solved.

If I leave my wallet at the bar, I will really appreciate an alert from Find My. If I leave my backpack in the car at the gym, I have to accept that a Find My notification is coming. In this instance, the obvious solution is to mark the gym as a safe place, right? That would certainly address the issue, but I would forfeit the ability to be alerted if I actually left my backpack at the gym. No thanks.

So what’s do be done about this? My colleague Kurk suggests the ability to assign an AirTag as a safe place indicator for another AirTag. For example, Find My could know that my backpack is safe as long as it’s in range of the AirTag assigned to my car. If someone broke in and stole my backpack without knowing about the hidden AirTag in the car, I could still be notified that my backpack moved without me.

That’s a $29 solution that I can get behind, but it also doesn’t feel like something Apple would do. Anyone remember iBeacons? Estimote is still in the iBeacon business! Apple could also lean on a close partner like Belkin to sell AirTag companions for marking safe place that aren’t attached to the ground.

I’m really not holding my breath, though. My guess is AirTag awareness in vehicles will be one of the many perks only available for the Apple Car.

Check out 9to5Mac on YouTube for more Apple news: