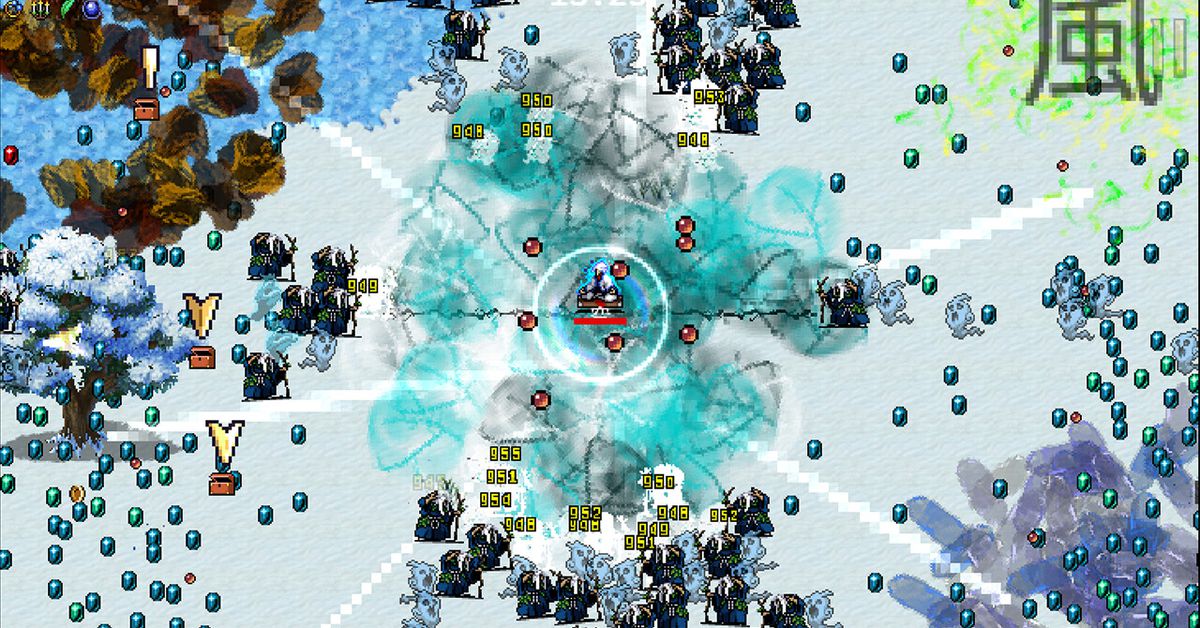 Despite the name, Vampire Survivors currently doesn’t have any vampires among its 41 playable characters and hordes of enemies, but that could change with the game’s first DLC expansion. On the Steam page for the newly announced expansion, Legacy of the Moonspell, developer Poncle is hinting that we might finally see vampires in the game.

“Legacy of the Moonspell is the first DLC for Vampire Survivors, and introduces a brand new stage, new characters, new monsters, and new weapons to slaughter them with,” Poncle writes. “There might even be some hidden mysteries for those of an inquiring mindset, but we can neither confirm nor deny the presence of vampires…”

Regardless of whether vampires show up, the DLC looks to be a good expansion. In addition to eight characters, 13 weapons, and new music, there’s also a new stage that Poncle is calling its biggest yet, with “several different environments” featuring their own challenges and monsters.

Legacy of the Moonspell will be released on December 15th on PC (via Steam) and Xbox. It will cost $1.99, which seems like a bargain to me. If you haven’t played Vampire Survivors yet, it’s my favorite game I’ve played this year, and I highly recommend you check it out on Xbox Game Pass or buy the base game outright for $4.99. (It’s on sale on Steam for $3.99 until December 12th.)