In 2018, appliance conglomerate Bosch created a startup, Security and Safety Things (or “SAST” for short), whose stated mission was to develop a platform to help developers create software for AI-equipped cameras. SAST was to host a moderated, vetted “app store” for internet-connected cameras that would allow developers to build software on an open standard — software mainly focused on security and “business intelligence” use cases.

SAST successfully launched the app store in 2020, later rebranding it (and itself) to Azena and opening a headquarters in Pittsburgh’s Strip District. But after tens of millions of euros in investment from Bosch, SAST — now Azena — apparently never quite achieved the success that its parent company hoped it would.

TechCrunch has learned that Azena is shutting down its external operations and pivoting to internal projects at Bosch. In a statement, a Bosch spokesperson said that partners and customers have been informed and that Azena will “fully honor” its existing contractual obligations.

“Moving forward, Azena will focus on Bosch internal business and stop external business development. This includes a transition to maintenance and support only for [Azena’s software]” the spokesperson said via email. “All platform components of Azena stay operational for now … We are actively working on a transition plan.”

Azena’s marketplace was relatively robust by IP camera market standards, with around 100 apps at its peak. Like popular app stores for smartphones, it let developers sell their apps to customers and provide demos for pilot projects. The app store would handle backing up and restoring settings and ensuring configurations remained consistent across cameras. 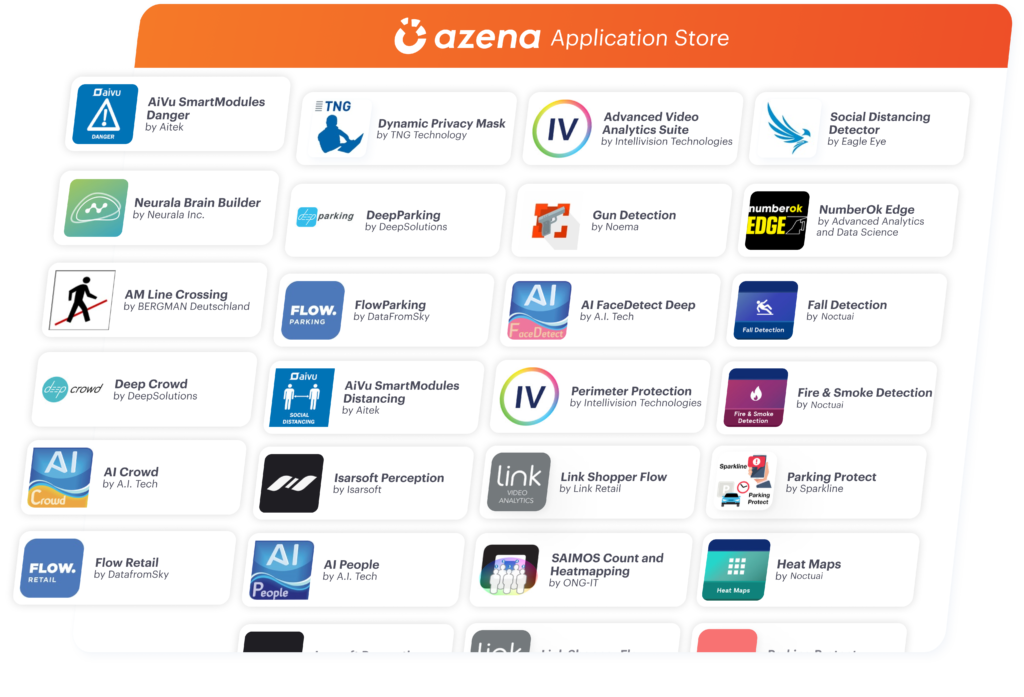 Prior to its partial shutdown, Azena had also been developing an operating system for cameras that enabled supported models to run multiple AI-enabled apps simultaneously. Built on top of Android, manufacturers including Qisda/Topview, AndroVideo, Vivotek and Bosch itself sold cameras running the firmware, which powered apps for heat mapping and queue analysis in retail stores, automated payment processing, license plate recognition and more.

As of September 2021, Azena had over 120 employees spread throughout its offices in Munich, its facility in Pittsburgh and an R&D hub in Eindhoven, The Netherlands. The startup counted NHL hockey team the Pittsburgh Penguins among its customers, who used the Azena platform to monitor crowding at stadium entrances, recognize license plates and identify overcrowding near fan merchandise retail locations.

Azena generated controversy earlier this year when it came to light that the startup was only carrying out basic auditing of the software hosted in its app store. According to the company’s terms of use, responsibility for the ethics and legality of the apps rested squarely on the shoulders of developers and users. Some apps claimed to accurately detect weapons and analyze human behavior, applications that many ethicists say are beyond the capabilities of even the most sophisticated AI systems.

In a public response at the time, Azena noted that it required developers working on its platform to commit to abiding by ethical business standards laid out by the United Nations. But the startup admitted that it didn’t have the ability to check how Azena-powered cameras were used and didn’t verify whether apps sold on its store were legal or in compliance with developer agreements.

An investigation by The Intercept also found evidence that Azena was years behind on patching security exploits that could allow hackers access to cameras running its operating system. Azena disputed the suggestion, but acknowledged that Azena’s firmware permitted users to sideload apps outside of the app store onto supported cameras.