Apple is aiming to launch an Apple-branded consumer-oriented vehicle by 2026, and its goal is to hit a price point under $100,000 to make the car appeal to a wider range of customers, reports Bloomberg.

Apple initially planned to design a car that might look similar to Canoo's Lifestyle Vehicle, where passengers could face one another in a limousine-style car with no steering wheel or pedals, but the project has been scaled back. The vehicle will now have a more traditional design with a driver's seat, steering wheel, and pedals, and full autonomous driving will not be available, but the car will be able to use a self-driving mode on highways. 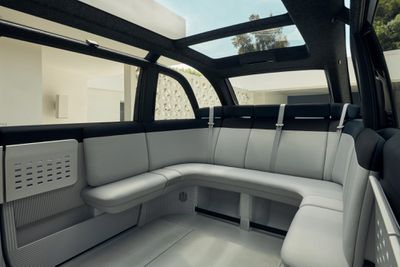 Apple's main competitor will likely be Tesla, a brand that features electric vehicles with some self-driving functionality. Tesla vehicles are priced starting at around $47,000, but can go up to over $100,000. If the base Apple Car is priced at or around $100,000, it will compete with Tesla's higher-end Model S.

The original plan was to price the ‌Apple Car‌ over $120,000, but Apple is now planning for a lower price point, likely due to the more restricted autonomous driving functionality that will be featured in the first version of the vehicle. Apple has not finalized a design for the ‌Apple Car‌, but is planning to have a design set by 2023 and a list of features ready to go by 2024. Testing will begin in 2025 ahead of a planned 2026 launch.

Apple continues to look for a partner for the manufacturing of its car, and it has so far only held serious negotiations with Volkswagen, but those talks were many years ago.