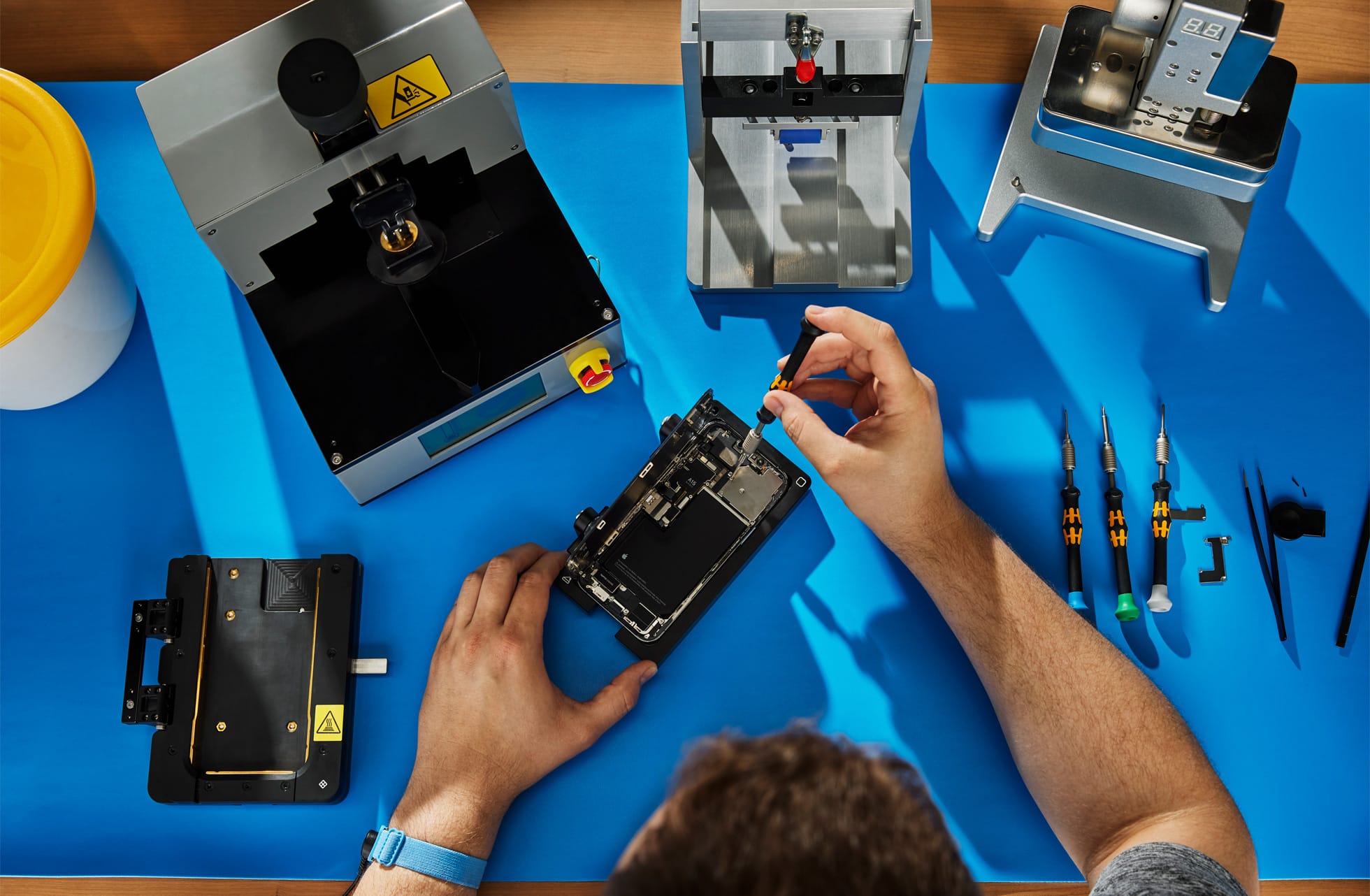 Apple has expanded its Self Service Repair program outside the US. Customers in selected European countries can order replacement components for their iPhones and MacBooks directly from the company.

The program is launching in Belgium, France, Germany, Italy, Poland, Spain, Sweden, and the UK.

Apple is allowing European customers to order over 200 individual parts, tools, and repair manuals. It is also providing them with $49 weekly rental kits containing all the tools required to carry out a repair. This will enable customers to repair their device and ship the kit back to Apple without owning it—an ideal option for a single repair case.

Do think twice before going with this option, though. Apple will ship the kit in two cases, one weighing 43 points and another weighing 36 pounds. Thankfully, shipping is free, but handling the two cases could be a challenge.

European customers can order replacement parts for iPhone SE 3, iPhone 12, iPhone 13, and M1-based MacBook Air and Pro. After replacement, consumers can return the replaced part to Apple for refurbishment and recycling. The company might also give a small credit against the repair component purchase for doing so.

No discount on replacement parts

Apple will charge customers the same amount for the replacement components as it bills its authorized repair providers. So, if you were hoping to pick up a replacement screen or battery from Apple for cheap, that won’t be the case.

Announced in April 2022, Apple’s self-repair program was initially available for the iPhone SE 3, iPhone 12, and iPhone 13. A few months, the company expanded the program’s scope to include its M1-based MacBook Air and MacBook Pros.

Head to Apple’s Self Service Repair website to order replacement parts and tools.