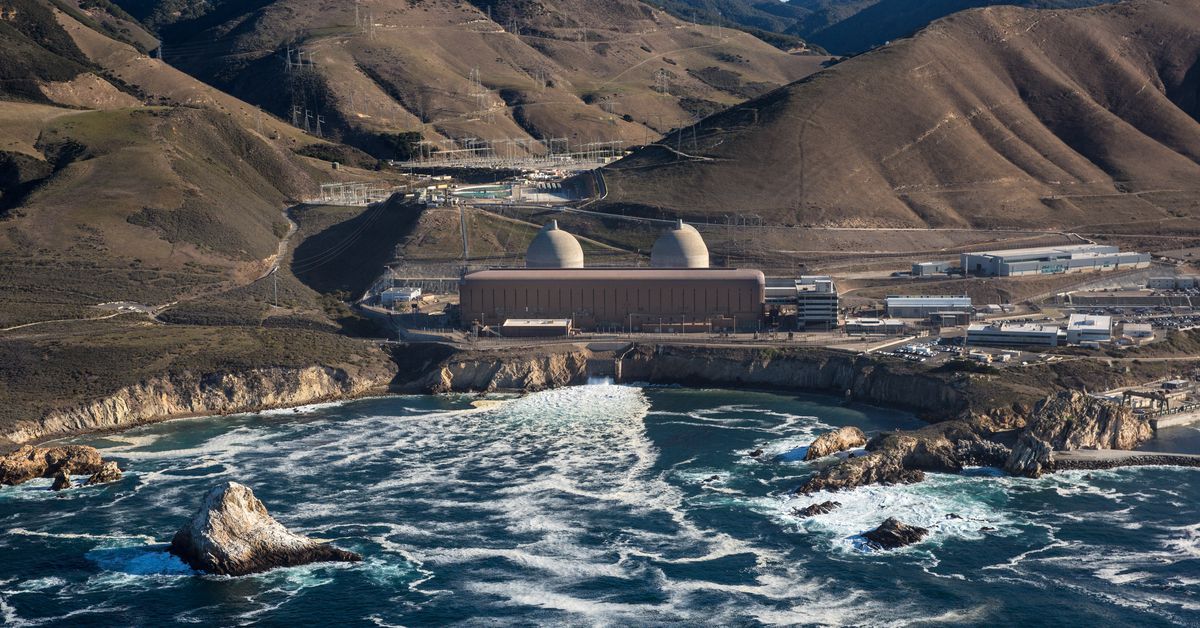 The Department of Energy extended a $1.1 billion lifeline to California’s embattled Diablo Canyon nuclear power plant. Diablo Canyon has become a major flashpoint over what kinds of energy are considered “clean” and what risks policymakers are willing to take to reach their climate goals.

The $1.1 billion in funding, announced yesterday, comes from a $6 billion Civil Nuclear Credit program made possible by the Bipartisan Infrastructure Law Congress passed last year. Diablo Canyon is the first power plant to be awarded credits from the program, which aims to extend the lives of reactors in danger of closing down.

Diablo Canyon is the first power plant to be awarded

The two nuclear reactors at Diablo Canyon were slated to be decommissioned one by one in 2024 and 2025, when their operating licenses expire. They would have joined the 13 commercial reactors that have shuttered across the US in the past decade or so as nuclear energy struggled to compete with cheap solar, wind, and gas prices. PG&E, the utility that operates Diablo Canyon, agreed to a deal in 2016 with environmental groups to close the plant in favor of developing more renewable energy.

But Diablo Canyon still provides California with about 15 percent of its carbon dioxide pollution-free energy. Nuclear energy accounts for 50 percent of the US’s carbon-free electricity. And as the state and country accelerate plans to run the grid on 100 percent clean power, President Joe Biden and California Governor Gavin Newsom are reluctant to let nuclear power plants fall by the wayside. The Biden administration, in particular, has made nuclear energy a significant piece of its plans to slash the US’s greenhouse gas emissions.

The DOE’s $1.1 billion grant to Diablo Canyon adds to a $1.4 billion loan PG&E got from the state when Newsom signed a bill in September allowing the plant to stay open until 2030. Newsom signed the bill as a severe heatwave bore down on the state, stressing the grid enough to nearly trigger rolling blackouts. The threat helped make the case for the plant’s proponents, who see nuclear power as a crucial energy source that can help the US meet its climate goals by filling in for renewables when bad weather stifles solar and wind energy generation.

As the state and country accelerate plans to run the grid on 100 percent clean power, President Joe Biden and California Governor Gavin Newsom are reluctant to let nuclear power plants fall by the wayside.

Nevertheless, Diablo Canyon faces opposition. The US still hasn’t figured out where it can safely and permanently store its nuclear waste, despite the Biden administration’s push to prop up the nation’s nuclear infrastructure. Some residents worry about the plant’s safety during earthquakes, given its location near seismic fault lines.

The yak titʸu titʸu yak tiłhini Tribe has also asked the state to return lands where the nuclear power plant currently sits. The Tribe wants to regain those lands regardless of what happens to the power plant.

To stay online, Diablo Canyon still needs to renew its licenses with the Nuclear Regulatory Commission. The DOE’s grant is conditional; the funding would be awarded incrementally over several years based on actual costs accrued by the plant.

Since Diablo Canyon has become a poster child for the larger debate swirling around nuclear energy, whatever happens there could be a sign of what’s to come for other aging nuclear plants across the nation. The DOE is already gearing up for its next round of funding for reactors at risk of shutting down.