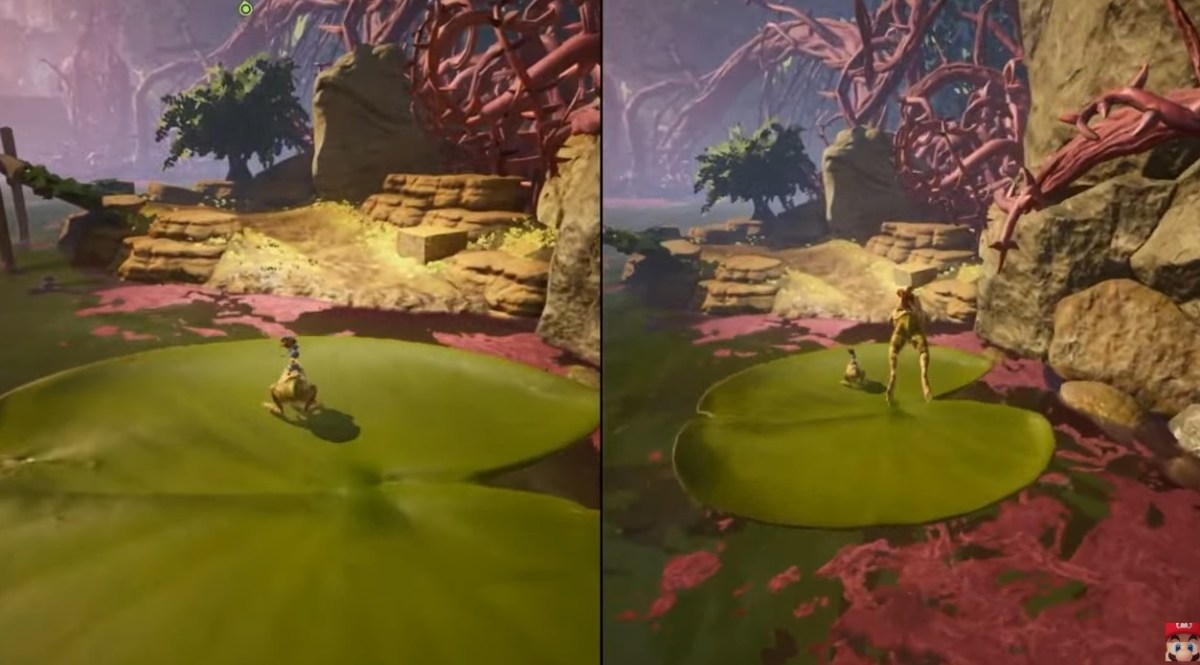 Electronic Arts and Hazelight are launching It Takes Two on the Nintendo Switch on November 4.

The title is available for preorder now. I’m just about done playing this with one of my kids, and it’s a delightful games.

It Takes Two was one of the top games when the title from Josef Fares’ Hazelight studio debuted in March 2021 on the Microsoft Windows, PlayStation 4, PlayStation 5, Xbox One and Xbox Series X/S. The title has one more than 90 awards including the Game of the Year for both The Game Awards and The Dice Awards.

You can play the game on two Switch systems using local wireless via friends pass. The co-experience game lets two people play at the same time. Turn Me Up games is doing the port. Players can play couch co-op with a second set of Joy-Con controllers, gamepad, or by linking two Switch consoles for local play.

Players who own the game can also invite a friend to play for free using Friend’s Pass. Additionally, It Takes Two’s universal tale of relationships can be experienced worldwide with new voice-overs in Japanese, French, German and Spanish, as well as subtitles in multiple languages.

“We’re huge fans of Hazelight and It Takes Two, and are thrilled to be entrusted to develop this game for the Nintendo Switch,” said Scott Cromie at Turn Me Up Games, in a statement. “We’ve worked with Josef in the past to bring his BAFTA winning game, Brothers: A Tale of Two Sons, to the Switch, and this collaboration allows us to bring yet another award-winning title to the platform. Players can expect the same adventure and immersive storytelling of It Takes Two – that some already know and love – on the Nintendo Switch.”

The title lets players untangle the complicated web Cody and May are trapped in thanks to a magic spell that turns them into dolls, all while encountering ridiculous challenges around every corner. The unpredictable nature of each level will bring players through a uniquely metaphorical gameplay experience that tells a universal story of relationships, as Cody and May must work together to save their fractured marriage on the brink of divorce. It will cost $40 on the Switch — the same price as other platforms.