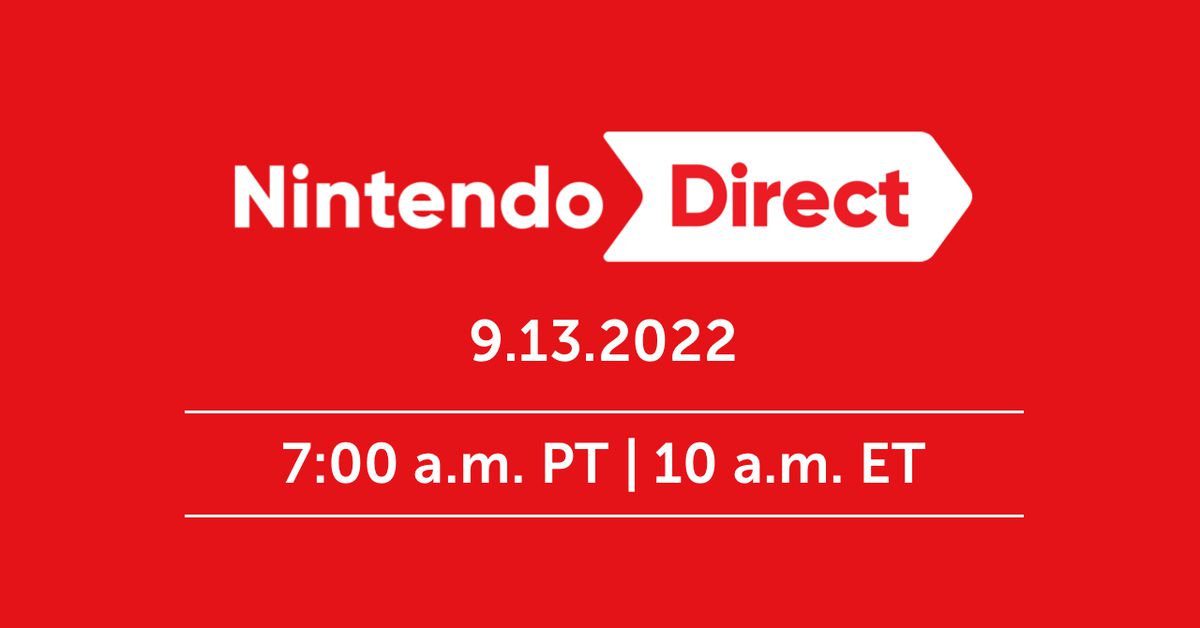 Nintendo’s next Direct showcase will take place tomorrow, September 13th. The Nintendo Direct will be broadcast at 7AM PT / 10AM ET tomorrow morning and will include “roughly 40 minutes of information mostly focused on Nintendo Switch games launching this winter.”

Forty minutes is plenty of time to detail this year’s Switch releases, but it also leaves room for more details on the sequel to The Legend of Zelda: Breath of the Wild. The still-unnamed sequel was originally set for a 2022 release date, but it got delayed to spring 2023 earlier this year. Most of the details about the game are still shrouded in mystery, and tomorrow might be a good time for Nintendo to at least provide us with a name for Link’s next big adventure.

There are also rumors of remasters of some Zelda classics and possibly even a remastered Metroid Prime. Either way, stay tuned to The Verge on September 13th as we cover everything from Nintendo Direct live.