I have the following shortcut defined in the new Shortcuts app (available since Monterey):

I then have this shortcut mapped to F12 in System Preferences, like so: 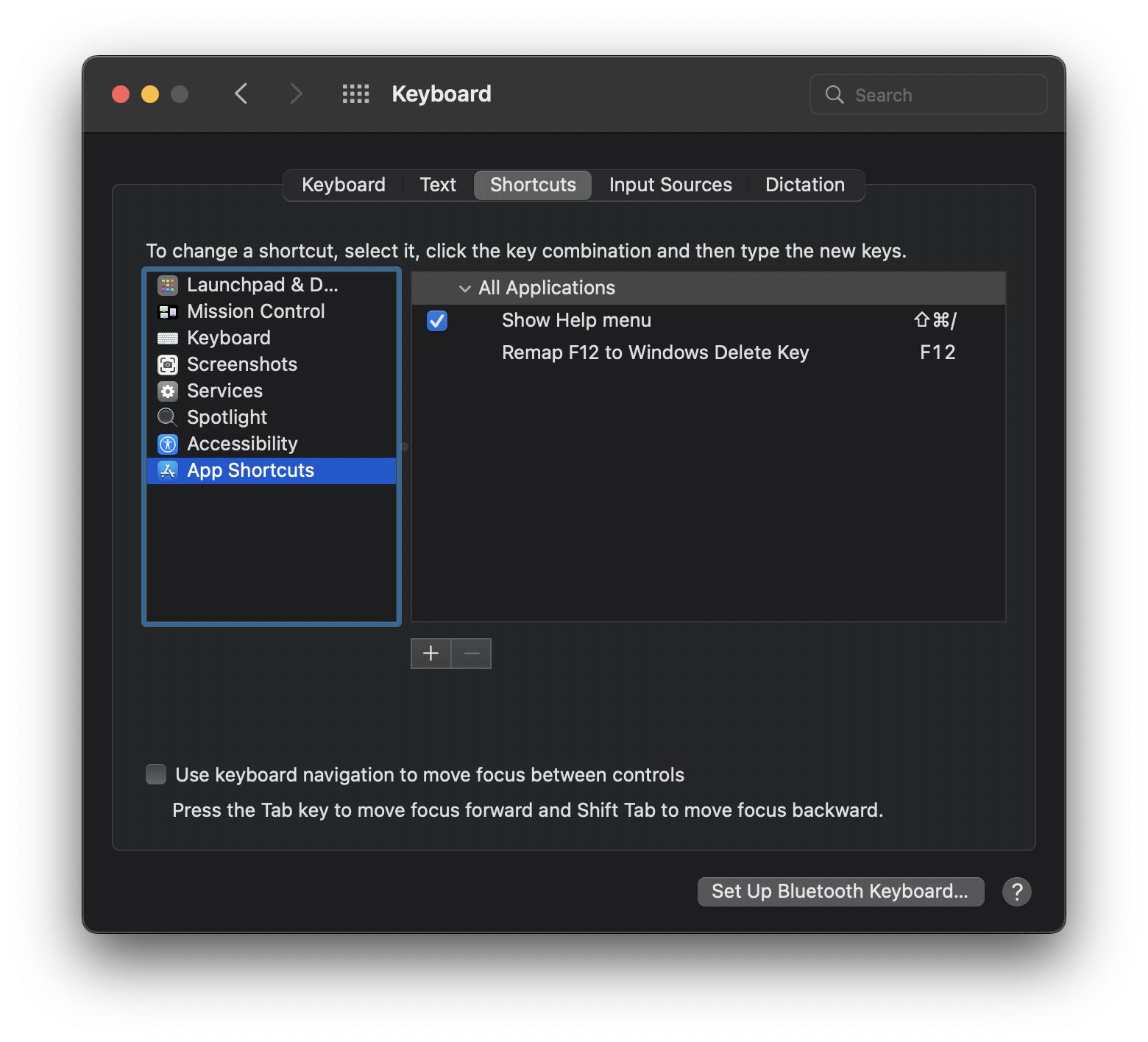 This works perfectly in every app except Brave, in which F12 is already designated as the key that opens the Developer Tools. How can I override this behaviour (not only for Brave, but for any app that I may encounter in the future with an F12 shortcut defined)?

I've tried overriding the default Brave Browser shortcut for Developer Tools as suggested in the commented links attached to How to force a service shortcut to override an application one?, but while there is a menu item for Developer Tools, it is assigned to some other key combo (not F12). So it seems as though F12 is a “hidden” shortcut for this functionality in Brave Browser (probably because it is based on Chromium, and Chromium uses the same shortcut).

As such, I have no idea how to achieve what I want and would really appreciate a workaround if someone smarter than me can think of one. MTIA! 😀

PS: I've also tried defining the keyboard shortcut by clicking “Add Keyboard Shortcut” in the right pane visible in the first screenshot, and by using the option available in the “Services” node of the System Preferences panel, all to no avail 🙁

PPS: I used to achieve the same Windows Delete key functionality (and a lot more!) by using Karabiner Elements, but it seems to not work properly on my new MacBook M1 Pro…I have my function keys set to behave as regular function keys in System Preferences (rather than using the brightness, media and other functions that are assigned to those keys by default) but Karabiner fails to recognise this, and everything else falls apart from there 🙁 It was an invaluable tool on my last MacBook though (an M1 MacBook Air), so if anyone knows how to fix or workaround this, it would also be greatly appreciated 🙂