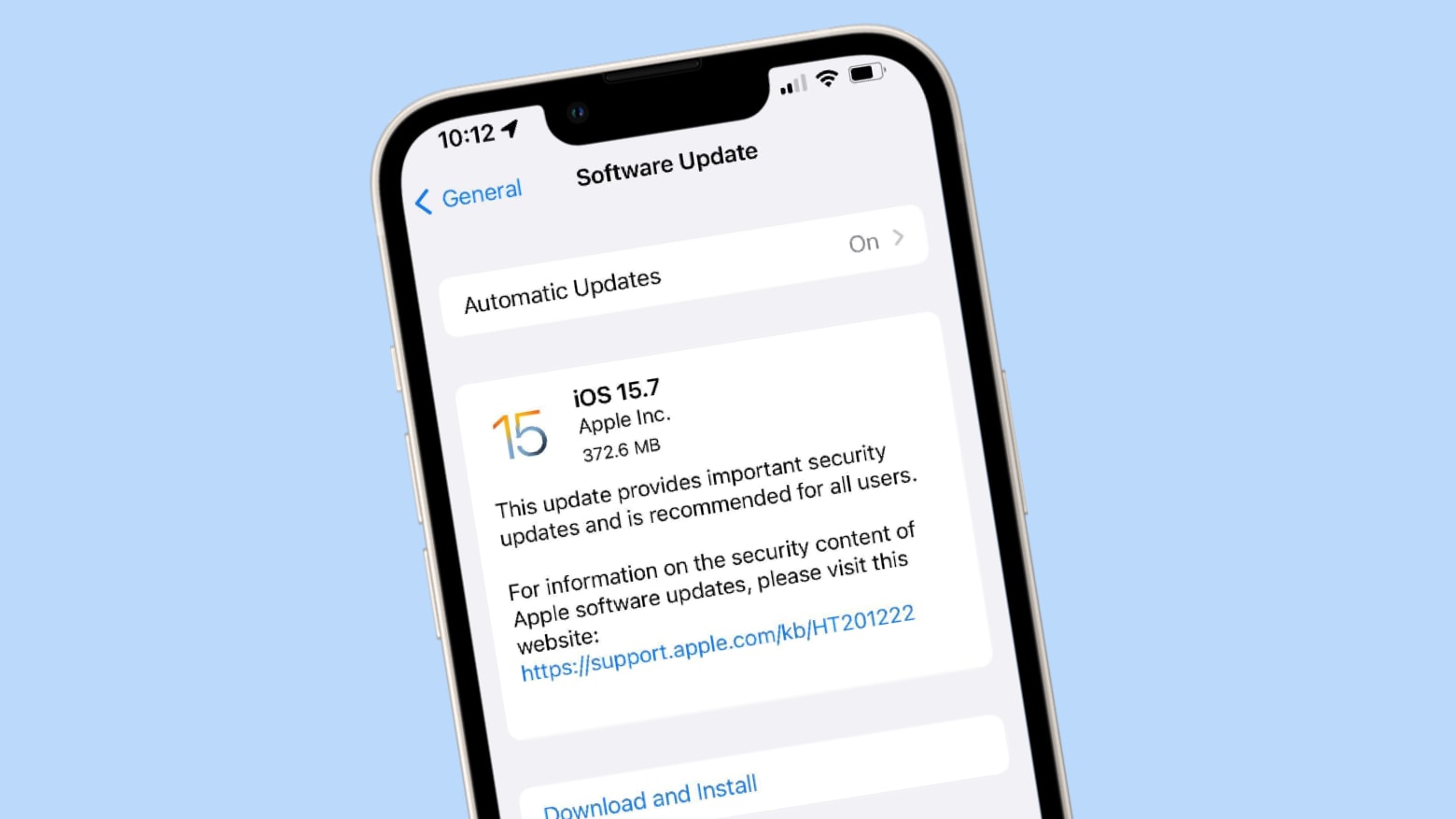 iPhone users can now install iOS 15.7, which fixes almost a dozen security problems. Apple recommends the update to all users. That said, the update launched at the same time as iOS 16 – but there are good reason for the simultaneous updates.

Plus, macOS Monterey 12.6 is out with its own set of security-related bug fixes. And iPadOS 15.7 deals with the same sort of problems.

Apple doesn’t abandon older versions of its operating systems when new ones come out. It keeps fixing security problems in them for years. It recently patched a dangerous security hole in iOS 12, for example.

And iOS 15.7 is here to fix problems with the version of the iPhone operating system that launched in 2021. The release notes say that, “This update provides important security updates and is recommended for all users.”

Apple’s description of the security content of iOS 15.7 lists 11 fixes made, several in the Kernel and others in Safari, Maps, WebKit and more. None of these have been actively exploited by hackers, though.

Those “users” who should install this update include those still packing an iPhone 6S or iPhone 7 series that can’t upgrade past iOS 15.x. Also, although iOS 16 is now an option for most, many iPhone users will hold off on installing it until they’re sure it’s reasonably bug free.

With macOS Ventura and iPadOS 16 not expected until October, Apple putting out macOS Monterey 12.6 and iPadOS 15.7 now is less odd.

The iPad version fixes the same issues as the iPhone one, and Apple’s description of the security content of macOS Monterey 12.6 lists the eight fixes for Mac. None of these have been actively exploited by hackers, either.

Anyone with a compatible Mac can download macOS Monterey 12.6 now. Go to Apple menu  > About This Mac. Then click Software Update. Alternatively, you can install the new version from the App Store. (Note: At the time of writing, Apple had not yet updated the version of macOS Monterey in the App Store. But it should happen soon.)

iPhone and iPad users can install iOS 15.7 or iPadOS 15.7 with an over-the-air update.That’s accomplished by opening the Settings app and going to General > Software Update. Alternatively, connect the device to a Mac, or to a PC running iTunes.