Google’s failed balloon-based internet might be salvaged by lasers 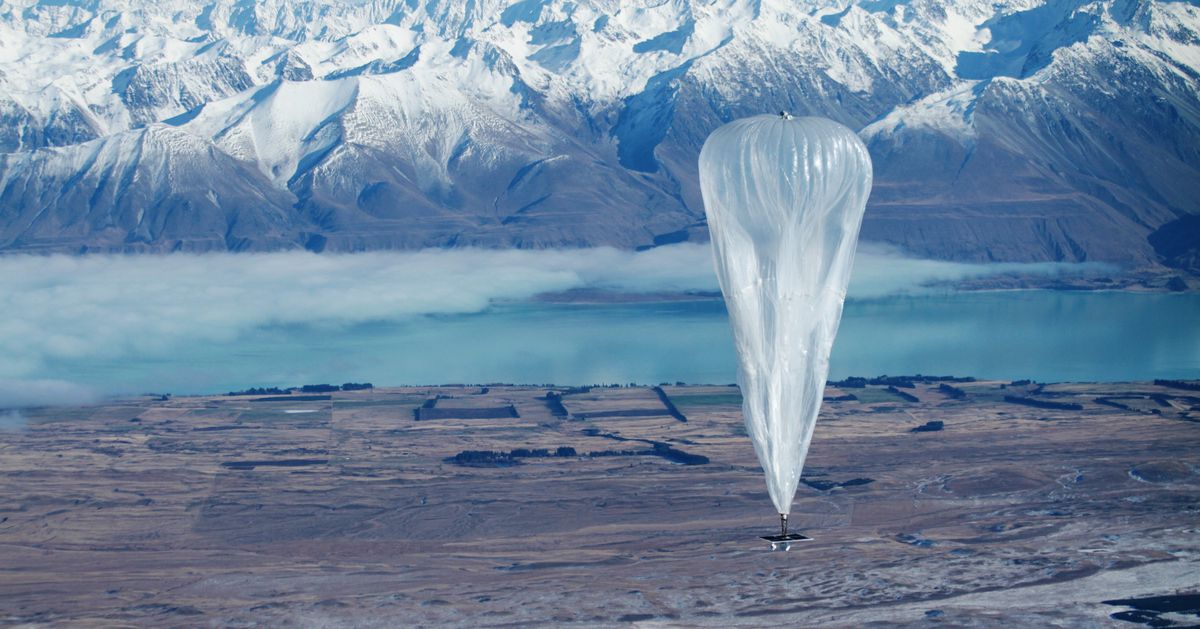 Alphabet’s Loon project, which aimed to provide internet via a series of balloons, was shut down last year — but the tech associated with it has been spun off into a startup that ditches the floating platforms and aims to use lasers and the cloud to provide internet to remote places. The company inheriting the Google tech is called Aalyria, and while CNBC reports that Alphabet has a minority stake in it, it’s no longer going to be a direct subsidiary of Google’s shell company.

Aalyria has two main focuses: Tightbeam, a laser communications system that uses beams of light to transmit data between base stations and endpoints, and Spacetime, the cloud-based software that’s meant to juggle constantly changing connections. Spacetime was originally intended to predict how Loon’s balloons were moving and keep the connections between them strong; now, its job is predicting when a Tightbeam station (which can either be ground or satellite-based) will have to hand off its connection to a moving object, like a plane or boat.

According to a report from Bloomberg, Aalyria is selling its software now and plans on selling Tightbeam hardware next year. In theory, the two could work together or separately — Spacetime isn’t just limited to laser-based systems.

Tightbeam is meant to transmit data in much the same way as a fiber optic cable, beaming light from one point to another. It’s just doing it through the air instead of over a physical connection, which obviously makes it more flexible, especially over long distances. The company claims that the system is shockingly fast: “100-1000x faster than anything else available today,” according to a press release. That, it seems, is the power of frickin’ laser beams — though they do come with some potential reliability downsides that physical fiber doesn’t, which we’ll touch on in a moment. (The Dr. Evil reference comes straight from Aalyria; Bloomberg says its lab has “sculptures of sharks with laser beams attached to their heads.”)

Bloomberg notes that Tightbeam was spun out of a Google project called Sonora, which the company didn’t publicly talk about. However, Alphabet did have another separate Loon-related laser project that did see the light of day: Project Taara, which provided internet service in Africa using lasers originally intended to connect the balloons together.

Project Taara used those lasers, known as the Free Space Optical Communications links, to augment traditional fiber runs, but they could theoretically be used in places where cable runs would be impossible or complicated (like crossing a gorge, canyon, or river, for example). At the time, the Taara team said that the system was relatively resilient to obstructions like haze, light rain, and birds, but it did admit that Africa’s climate was more ideal than San Francisco’s, where the fog is so constant it has its own Wikipedia article.

Aalyria says it has its own way of dealing with disruptions, which involves compensating for how something like rain or dust that would distort or scatter the light being used to transmit the data (an important consideration when you’re sending that light through the air and not the protected glass strands that make up fiber optic cables).

The company appears to be looking to take on SpaceX in terms of the services it offers. According to CNBC, it hopes its laser communications tech will be used to provide services for planes, ships, cellular connectivity, and satellite communications. Using more radio waves, Starlink is starting to provide Wi-Fi for some airlines and cruise ships as well as RVs and home internet customers. SpaceX is also beaming info down from space. Bloomberg notes that some Tightbeam tests have involved ground stations sending a signal up to planes, and the company’s website says something similar could be done for sending signals to satellites as well.

As for improving cellular connectivity, Aalyria has a lot of competition from satellite companies like Globalstar (Apple’s partner for its recently announced Emergency SOS via satellite feature), SpaceX and T-Mobile, AST SpaceMobile, Lynk Global, and Amazon, which has an agreement with Verizon to provide backhaul services for remote cell towers via Project Kuiper satellites.

Right now, Aalyria is small: 26 people, according to Bloomberg. And while it has the rights to use Google’s tech, there’s a difference between making and testing cool tech and actually being able to sell it for use in the real world — something that Alphabet itself found out with Loon’s pilot commercial service in Kenya.

Still, the idea has apparently been interesting enough to attract some investors, including the US Department of Defense. Whether you’re an evil supervillain trying to spruce up your lair or a company trying to “interconnect everything that exists today with everything that exists tomorrow” as Aalyria’s CEO Chris Taylor told Bloomberg, lasers are still very effective at capturing the imagination.