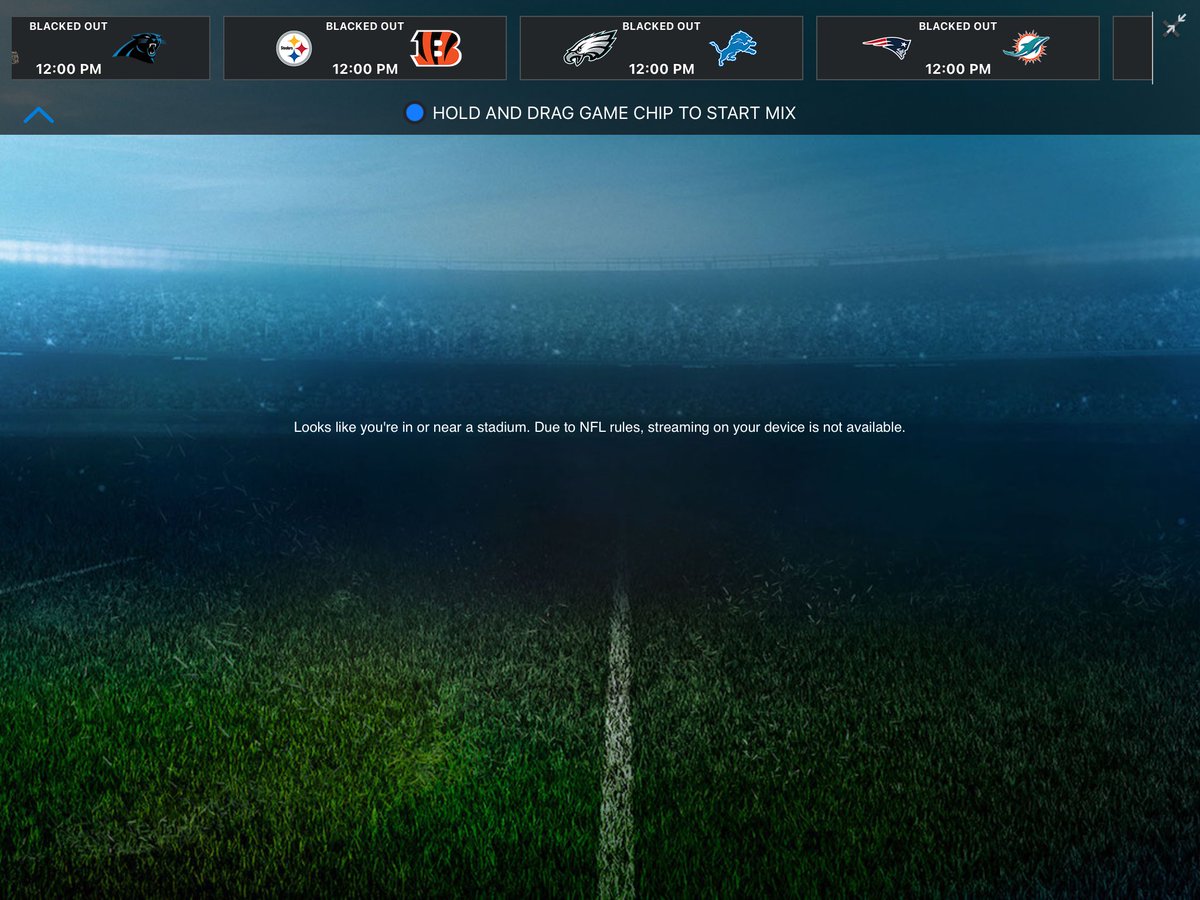 Reports of the Sunday Ticket website and app crashing were rampant yesterday as customers were either locked out of the service, unable to sign in, experienced laggy feeds or received error messages that claimed they couldn’t stream because they were inside an NFL stadium when they weren’t.

DirecTV wasn’t immediately available to comment to TechCrunch. The company told The Verge, “We’re aware some customers are unable to access NFL Sunday Ticket online or through the app. Our teams are working to resolve this, but in the meantime, we recommend satellite customers watch on TV.”

DirecTV is still reaching out to Twitter users about finding a resolution to the problems.

Hello, Ethan. We appreciate you taking the time to make sure that we are aware of this and want you to know that this is a reported issue. We're working to get this fixed as quick as possible. Your patience and understanding are highly appreciated. Stay tuned. ^SaraB

DirecTV has held the rights to Sunday Ticket since 1994, and it’s not the first time users have experienced streaming issues.

NFL Commissioner Roger Goodell confirmed in July that the next winner of the Sunday Ticket will be a streaming service and is going to be revealed in the fall.