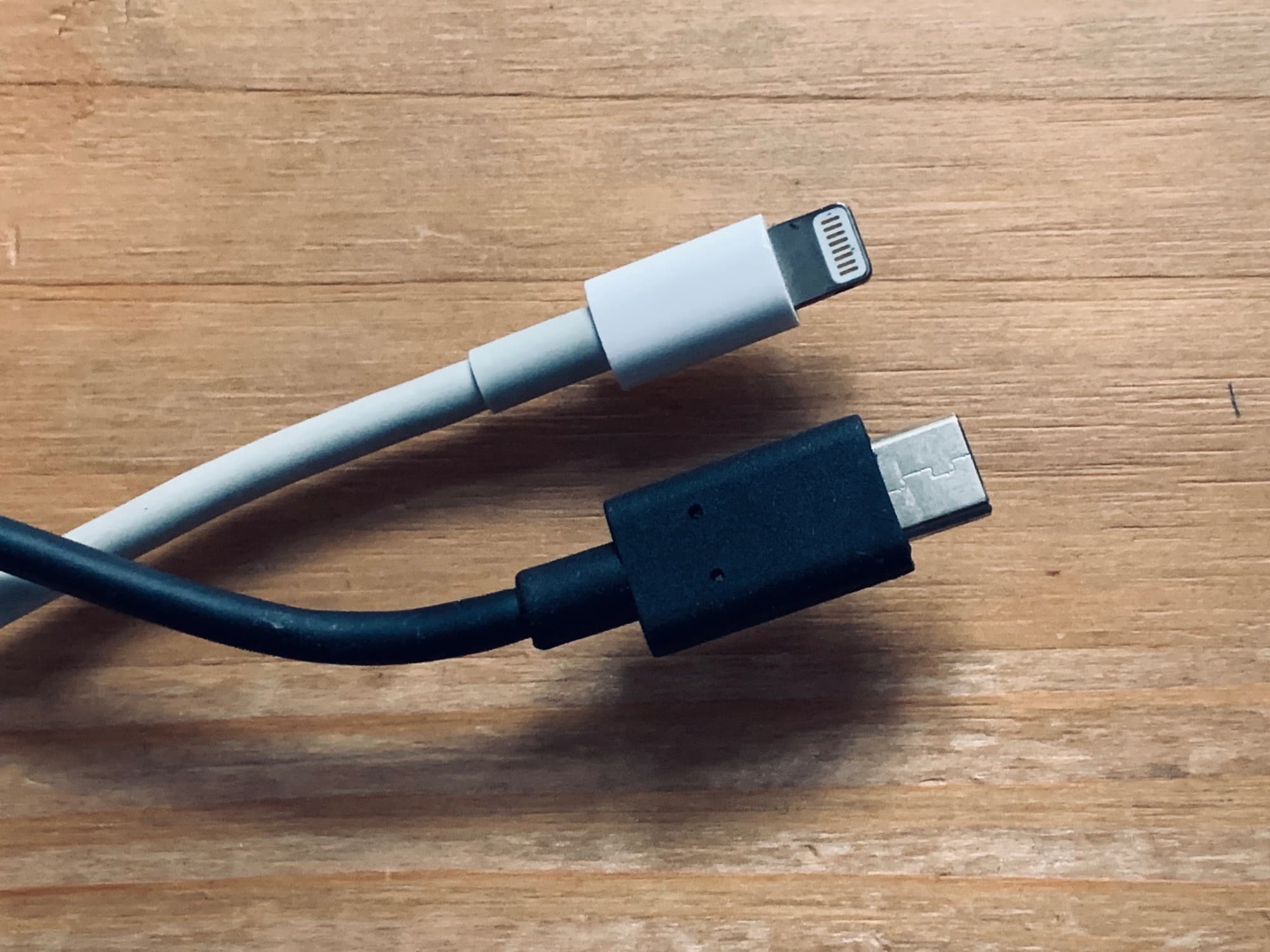 Today is the 10th anniversary of the Lightning connector. It was once the best option but has since outlived its usefulness. This obsolete port needs to go.

Apple knows what the replacement needs to be. It should stop dragging its feet and make the change.

Apple should be applauded for creating Lightning. Back when it was introduced in 2012, Lightning was superior to the USB connectors available at the time because it’s symmetrical — there’s no difference between top and bottom. But then USB-C debuted in 2014 and removed that advantage.

As it stands now, the Lightning port has only one real benefit for most users: they already have cables that use it. That’s why Apple argues that switching the iPhone to USB-C would result in “an unprecedented volume of electronic waste and greatly inconveniencing users.”

But that’s sophistry. iPhone users wouldn’t immediately throw out their Lightning cables. They’d still use them until they got a new iPhone. And the Lightning cables Apple provides are so cheaply made that they usually wear out in a couple of years then go in the rubbish anyway.

The switch would be easy. No one will have to buy a USB-C cable to just charge their future iPhone. Apple isn’t run by idiots so there’d be a fresh one in the box with every new USB-C iPhone.

Plus, many Apple users already have USB-C charging cables. They’re used to power MacBooks and a growing number of iPad models. That’s right, Apple embraces USB-C… just not with iPhone. And that’s a problem.

In arguing in favor of keeping the Lightning port, Apple says it “deeply cares about the customer experience.” But having to carry around a separate charging cable just for an iPhone is a poor customer experience. A complete move to USB-C would allow a single cable to charge a MacBook, iPad and iPhone.

USB-C is every bit as easy to use as Lightning, and just as easy to find in stores. And that’s only the start.

It’s much faster than Apple’s proprietary port, with data-transfer speeds up to 1,250 MBps (10Gbps). While Lightning supports USB 3.0 host, but the only accessory that fully supports this feature is the camera adapter that includes a USB-A port.. Most Lightning cables support only USB 2.0 with a maximum data transfer speed of 60 MBps.

This matters because the latest iPhone Pro models can record Cinematic videos in 4K 30fps resolution, but this creates very large files – so big this feature isn’t available on models with less than 256 GB of built-in storage. Transferring these huge video files to a Mac via Lightning is an exercise in patience.

Plus, a change would open the iPhone to a vast array of other USB-C accessories. As just one example, you could backup all your pictures just by connecting your iPhone to a USB drive. And it would be easy to add a USB-C hub with an HDMI port and USB-A ports, turning the iPhone into a TV settop box.

There’s also a benefit for anyone who wants the option to switch to Android. And it’ll make switching from Android to iPhone easier.

One of the reasons Apple has dragged its heels on switching to USB-C has nothing to do with preventing e-waste. It’s about licensing fees. The manufacturers of Apple-approved Lightning cables have paid Apple a fee that reportedly can be as high as $4 per connector. The iPhone-maker would have to forgo this extra cash if it switched its phones and all its tablets to USB-C.

The writing is on the wall

Lightning’s days are numbered, whatever Apple wants. The European Commission is moving ahead with legislation that’s expected to make USB-C the common charger standard in the EU. We users should be encouraging Apple to embrace the change. It’s time for the Lightning port to go.

Apple may have finally realized this means it has to make the change so manny of its users want. It is allegedly preparing to drop Lightning in 2023 with the iPhone 15 and put in a USB-C port. But this is an unconfirmed report so there’s nothing guaranteed about it.

Still, Apple hopefully realizes the best solution for iPhone users is USB-C — it can do everything Lightning can do and more. There’s no reason for iPhone users to cheer on Apple if there are any further attempts to fight the EU mandating USB-C on handsets. Lightning isn’t better than USB-C — it’s worse. We should applaud efforts to make Apple move to the better option.