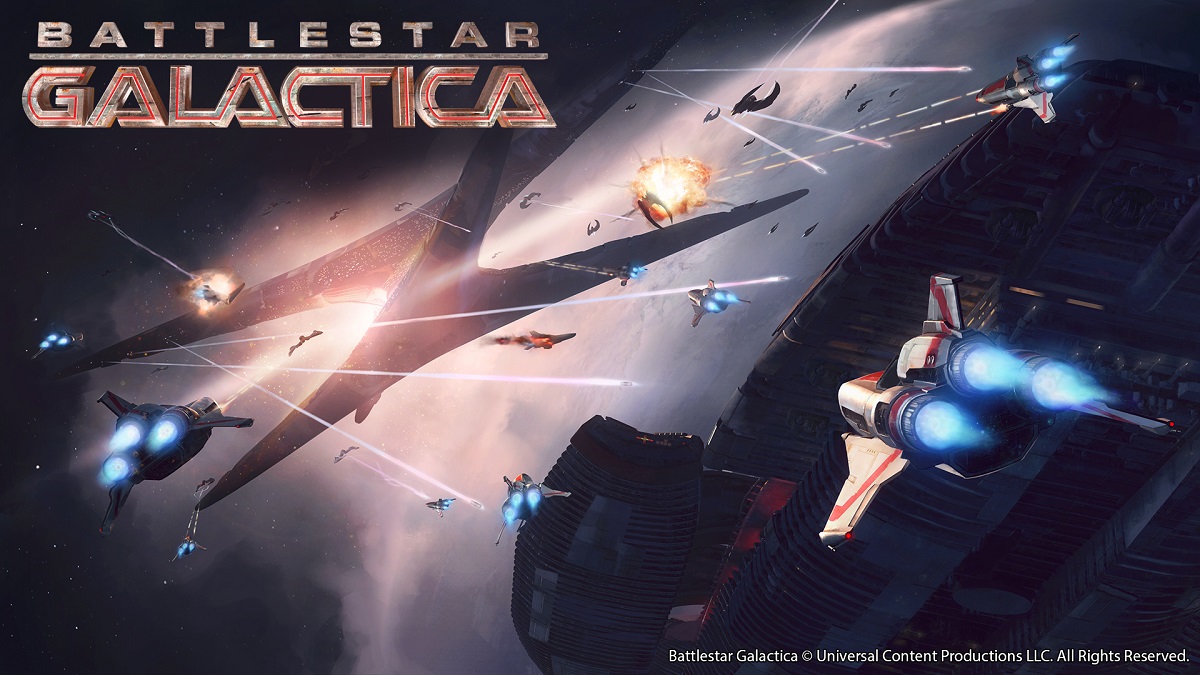 Revolving Games has raised $13.2 million in additional capital to make triple-A blockchain games. The team is led by three Pakistani game veterans (and brothers) Saad, Ammar and Shayan Zaeem; and its advisers include Dan Houser, cofounder of Rockstar Games.

It’s another sign of a tug-of-war among game developers and how the industry is tilting toward the shiny new thing: using blockchain technology to authenticate unique digital items, establish player ownership, and enable players to make a return on decentralized games. Of course, some hardcore gamers may be horrified to learn that Houser, one of the creators of blockbusters like Grand Theft Auto V, is endorsing a blockchain gaming company. But Houser is among a sea of veterans who are going the same route.

Saad Zaeem met Houser a few years ago and they started exploring ideas together. But they wound up doing different kinds of work. So Houser became an adviser (and an investor) instead.

“Dan is a legend of the industry,” Saad Zaeem said.

The brothers said they started getting FOMO around Web3, particularly after Apple changed its privacy policy and torpedoed a lot of targeted advertising for mobile games.

“We were founded in the Web2 era,” said Saad Zaeem, co-CEO of Revolving Games, in an interview with GamesBeat. “We were a mobile game company working with 2K. But we saw that Web3 was where we needed to go and so we did a pivot late last year.”

Revolving Games will be utilizing the capital over the next two years to develop scalable and fully decentralized gaming experiences for both globally recognized franchises and its own original intellectual propertiess. The company has already created publishing tools and other technology to enable Web3 games to launch faster and more efficiently.

“We love the work we’re seeing from Revolving Games and in particular its passion for building a Web3 ecosystem of exciting, unique gaming experiences,” said Yat Siu, cofounder of Animoca Brands, in a statement. “We believe Revolving Games has a bright future and we are delighted to lend our support.”

The Zaeem brothers have worked in gaming for decades, and they saw the irresistible opportunity to pivot into blockchain games.

Revolving Games launched in 2020 first as a mobile free-to-play game company. It now consists of two studios and a team of 105 working on blockchain games across North America, Europe, and Asia. Its first game, revealed earlier at Galaverse in June 2022, is a Battlestar Galactica-themed blockchain game in partnership with Gala Games and NBCUniversal.

The team has a sizable group of around 60 people in Pakistan.

“One of the advantages we have is a global team that helps us offload some of the costs and be a more efficient organization,” Saad Zaeem said. “Ammar and I have been operating companies for over 15 years, from an operations standpoint. We’re in a very good spot.”

The Battlestar Galactica-themed blockchain game will be a 4X Strategy massively multiplayer online game. Additional details will be announced in the fourth quarter. The game has been in production for about eight months already.

Its second game, Skyborne Legacy, is a social world exploration and trading RPG that will be deployed on the Polygon network. The company will self-publish the title.

Skyborne Legacy is a cooperative adventure RPG inspired by Nintendo classics like Animal Crossing and The Legend of Zelda, said Ammar Zaeem, in an interview.

“You can think of it like a mix of Zelda and Animal Crossing, more like adventuring of Zelda, and then the self-expression of Animal Crossing, but also with this MMORPG social system baked around it with guilds player housing, cleric-run towns, crafting raids,” said Ammar Zaeem. “This whole concept of Web3 plays really well. We’re not of the belief that you can retrofit anything [from Web3] into Web2.”

“Our vision is clear: to build triple-A quality games that turn heads amongst the best launches at the top gaming forums like Gamescom and E3,” said Saad Zaeem. “As the world moves from a developer-owned ecosystem to a player-owned ecosystem, Revolving Games will be at the forefront of this evolution whilst continuing to release titles that compete with the best in the traditional video games industry. We are building the future of gaming and gameplay.”

The game will be officially announced on October 4, with game teaser, roadmap, whitepaper, and details set to be revealed during its live game demo and first AMA. The company will be using Polygon’s blockchain technology to make the game.

“Web3 gaming is one of the most innovative and rapidly developing sectors within the crypto industry, and we’re proud to be in the vanguard of this digital revolution,” said Paul Veradittakit, general partner at Pantera Capital, in a statement. “Since 2013, we’ve been looking out for new thematic ideas and innovative projects that disrupt traditional thinking and become integral parts of the global blockchain ecosystem; Revolving Games undoubtedly fits that criteria.”

Urvit Goel, head of global games business development at Polygon, said in a statement, “We’re thrilled to be a part of this funding round. Revolving Games’ mission to create engrossing and enduring Web3 experiences resonates well with Polygon’s own gaming DNA. In line with our mission to enable players to truly own their assets and data, we are thrilled by this opportunity to support the studio’s vision and goals in the long term and help make another step toward a more inclusive and diverse future.”

Revolving Games wants to build fun and lasting games first and foremost, and has surrounded itself with strategic investors who will be advising on everything from game development to marketing and brand partnerships to create truly immersive experiences.

“It’s immensely encouraging to see that our vision is resonating so well with some of the biggest players in the web3 space,” said Ammar Zaeem. “Thanks to this support and funding, we will be able to bolster our technology and create a more scalable and fully decentralized gaming-focused future.”

The team consists of industry veterans who have built multiple critically and commercially successful social games that have generated collectively over $2.6 billion in lifetime revenue.

“These are strategic investors that will get us to where we want to go as far as our game journey goes,” Saad Zaeem said.

“Our goal is to rethink how games should be built for Web3,” Saad Zaeem said. “We really want to be one of those companies that defines what it really means to be in this era, and, and what player ownership means.”

“It has less to do with I put in this much money and extract this much out, because it’s like a limited item. That’s what we’re not that interested in. That’s something that we’re not focused on at all. Our goal is really to give great gameplay with ownership.”

It’s like having a game where you’ve maxed out five generals and would like to sell them to someone who doesn’t have them, Saad Zaeem said.

As for the crypto winter and NFT doldrums now, Saad Zaeem said the team closed the round in the spring and so it has been able to raise a war chest that will help it get through tougher times. By the time the company ships its game, the economic environment will likely be different.

As for the blockchain-hating hardcore gamers, Saad Zaeem said, “That’s a question that everybody’s asking. They get very upset about it. Some developers say we are going to quit. We didn’t face any of that. And the reason is that we could like communicate one on one over what it means to be a blockchain gaming company and for the community at large.”

He said that the idea of having a fun game and earning in a game don’t have to be separate paths.

“Of the games that have come out in the last year or more, I don’t think any blockchain game is at the level of what you saw with Clash of Clans, or what you saw with Game of War. Ifyou remember, free to play used to also get a very bad rap. A lot of haters in 2008 would say free to play is never going to work. But it really evolved, right?”

He likened the ability to sell blockchain items in a game to selling a used game back to GameStop so you could buy another game. The company also plans to make onboarding to cryptocurrency wallets and other tech simpler for players.