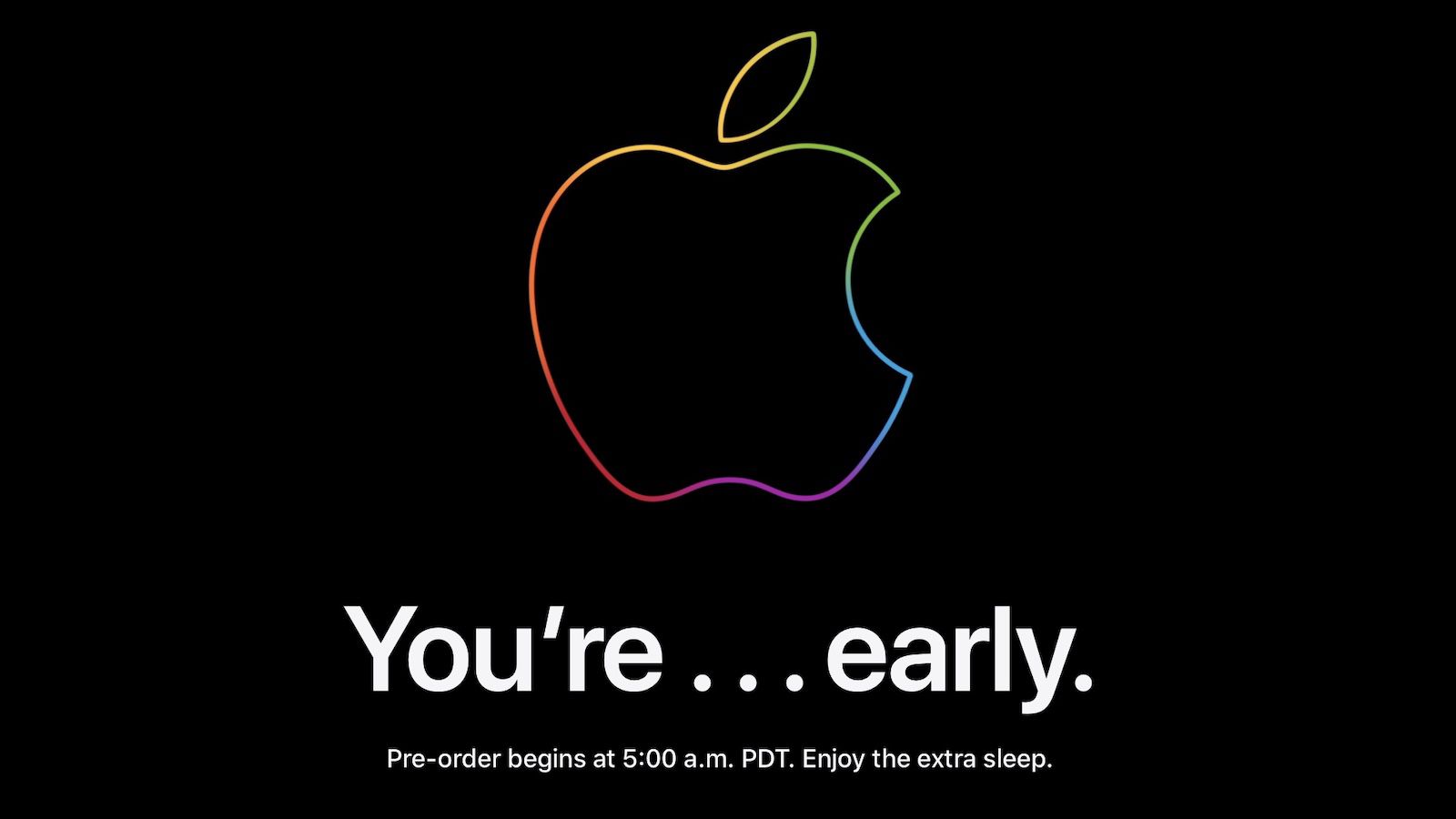 Apple's online store is down ahead of iPhone 14, iPhone 14 Pro, and AirPods Pro 2 pre-orders, which are expected to be available at 5:00 a.m. Pacific Time in the United States.

“You're… early” reads the Apple Store's message when visiting the U.S. website. “Pre-order begins at 5:00 a.m. PDT. Enjoy the extra sleep.” Apple has been doing 5:00 a.m. pre-orders for the last several years instead of the 12:01 a.m. Pacific Time pre-orders that we used to have.

The ‌iPhone 14‌, ‌iPhone 14 Pro‌, and AirPods 2 are launching in more than 30 countries and regions around the world, and a list of launch times can be found in our time zone guide.

Both iPhones support 5G and a new Emergency SOS via satellite feature that can put you in touch with emergency services even when you don't have a WiFi or cellular connection. There's also a Crash Detection feature that can detect when you're in a serious car crash, alerting authorities. Crash Detection uses an upgraded gyroscope and accelerometer.

The ‌AirPods Pro‌ 2 have been improved in almost every way, offering better sound, 2x improved noise cancellation, a Transparency Mode that can more intelligently block out loud sounds like sirens and road construction, and new controls for adjusting volume right on device.