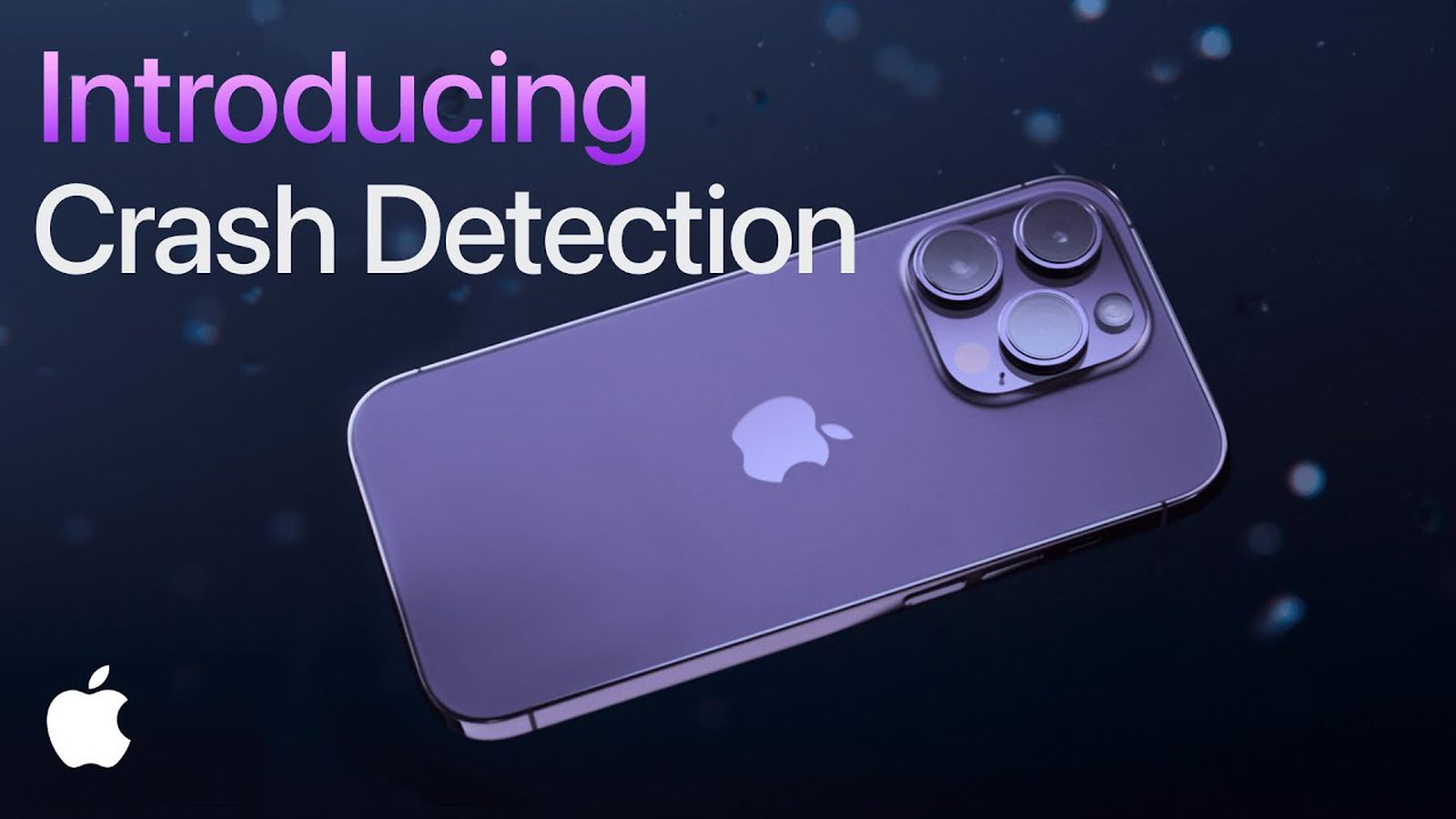 “iPhone 14 Pro comes with Crash Detection, a vital new safety feature that can detect a severe car crash and automatically call for help, even when you can't,” says Apple, in the video's description. “Add this to the new 48MP Pro camera and a totally reimagined display, and iPhone 14 Pro redefines what a smartphone can do. Again.”

With a new dual-core accelerometer, barometer, and other sensors, Apple says iPhone 14 Pro models can detect a severe car crash and automatically dial emergency services if a user is unresponsive after a 10-second countdown. Apple says the feature relies on “advanced Apple-designed motion algorithms trained with over a million hours of real-world driving and crash record data” for increased accuracy.

With an always-on display, the time, widgets, and Live Activities are always available at a glance on iPhone 14 Pro models. The display also has up to 2,000 nits peak brightness outdoors, which is up to twice as bright as the iPhone 13 Pro display.