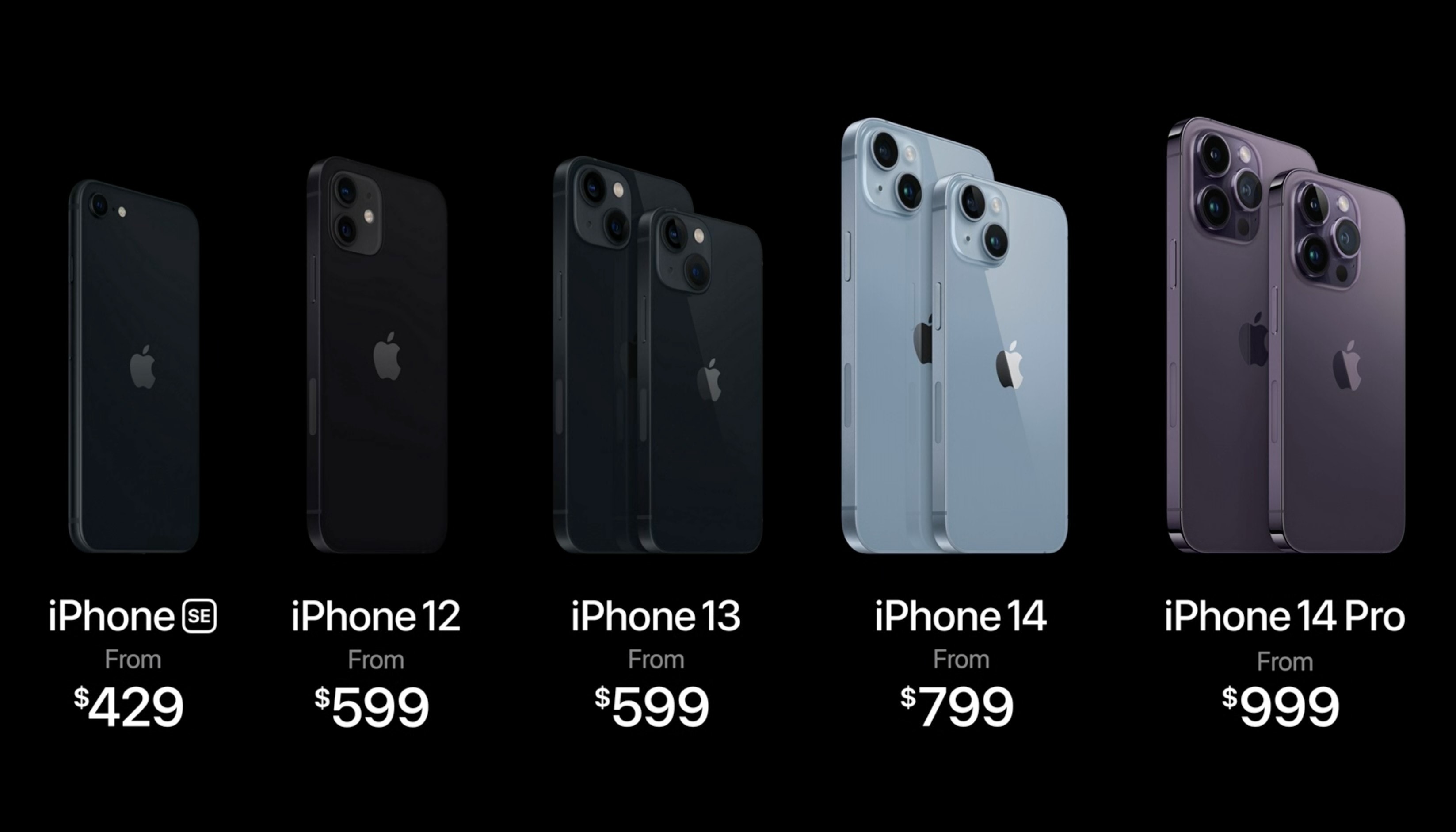 One of the bigger surprises at Apple’s Far Out event Wednesday wasn’t in the hardware itself, but in its pricing. As in, it didn’t go up as it often does, at least in the U.S. market — despite rising inflation and the supply chain backups we heard so much about.

In fact, considering inflation, it’s almost like prices went down. That said, while each iPhone 14 model kept the same price as its iPhone 13 counterpart in the U.S., prices rose in many foreign markets.

What gives? Is Apple impervious to inflation? Some analysts think it’s more likely a shrewd strategy to sustain demand.

Why didn’t Apple raise prices on iPhone 14 and other products?

Let’s look at Apple pricing on products released in the Far Out event. The iPhone 14 series handsets maintained iPhone 13 pricing (upon release last year), with the base model at $799 and the Pro Max at $1,099.

Apple Watch 8 maintained the status quo at a $399 starting price for the base, 41mm GPS model ($499 for cellular). Apple Watch SE, at $249, actually dipped in price by $30 from the previous version. And even the tremendous new Apple Watch Ultra costs less than many people expected, at $799 (not cheap, but  the presentation made it look like it’d go for grand, easy).

Not the same story abroad: Prices jump in many markets

But it’s a different story in many of Apple’s biggest markets outside the U.S. As CNBC pointed out, in the U.K., iPhone 14 prices jumped about $80 over iPhone 13 prices, with steeper rises for high-end models. Australia saw a $33 increase, Germany jumped about $100 and Japan saw a $146 markup.

Rising costs of components and appreciation of the U.S. dollar could be reasons why.

“The key takeaway is the Euro and Yen has depreciated quite a bit translating to slightly higher prices,” said Neil Shah, a partner at Counterpoint Research,

China is a telling exception

However, Apple didn’t raise prices in China, a huge market for Cupertino. In China, COVID-19 lockdowns have suppressed consumer appetite as the economy suffers. With a downturn in smartphone sales expected, some analysts think Apple’s apparent strategy is shrewd.

“I won’t be surprised if part of the rationale to keep prices flat there is to sustain demand in such a difficult environment, and in such a strategically important market for Apple at that,” Bryan Ma, technology industry analyst at IDC, told CNBC.

And it would seem a similar Apple strategy may be in play in the U.S., where Cupertino wants to keep demand up and not alienate customers who may have lost a step recently, economically.

And it’s worth remembering Apple sells a lot more than hardware these days.

An Apple motivated entirely by hardware sales might have made a different decision, but as Ben Thompson points out, this is an Apple that’s also interested in selling services and ancillary products to its installed base. The lack of a U.S. price increase—which, given inflation, is essentially a price cut!—says a lot about the strategy of today’s Apple.