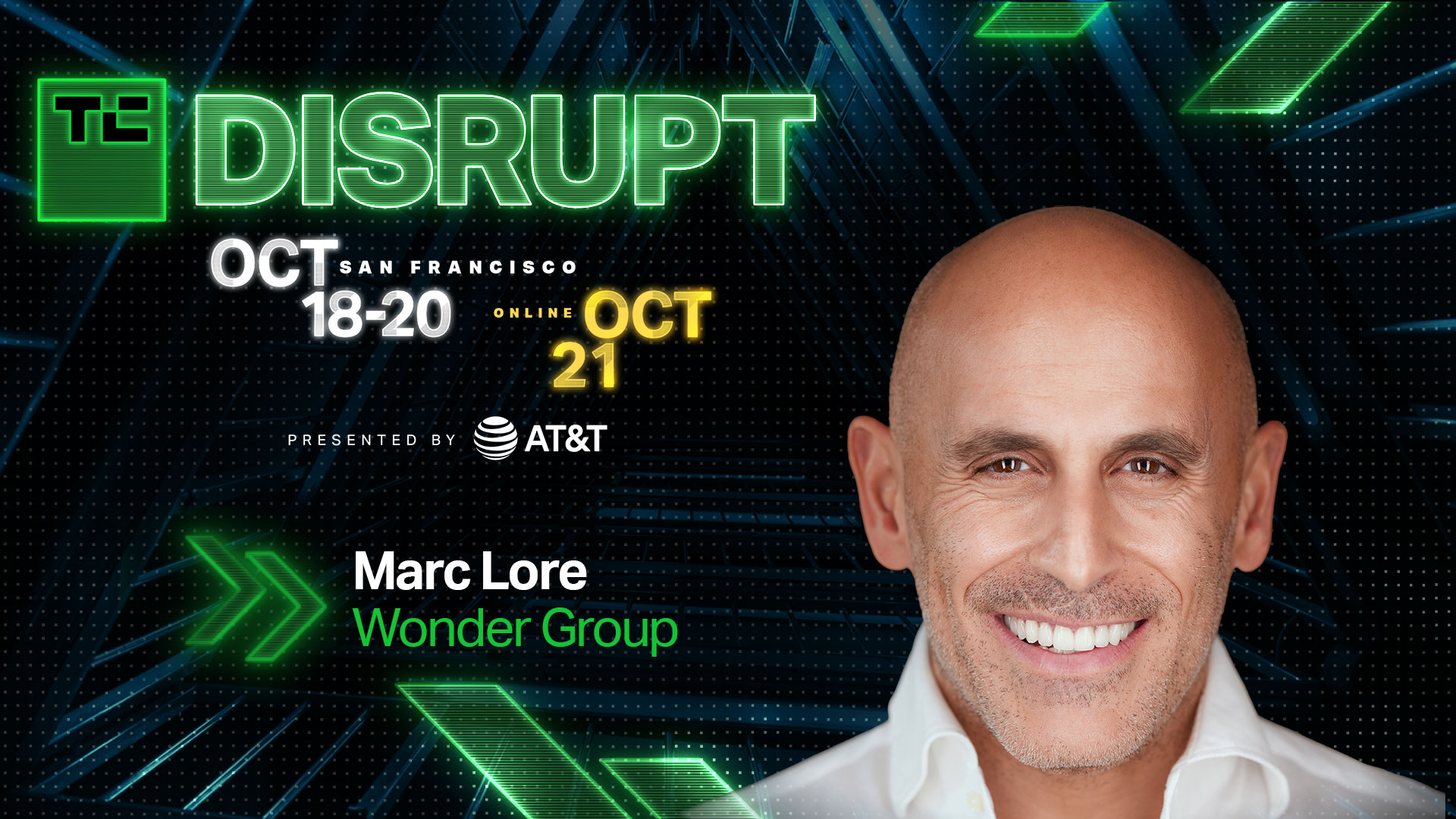 There’s no denying it — when it comes to e-commerce, Marc Lore delivers. The serial entrepreneur sold Quidsi, the parent company of Diapers.com, Soap.com and others, to Amazon in 2011 for $550 million. He launched Jet.com in 2015 and sold it to Walmart in 2016 for a tidy $3 billion.

Now, Lore delivers a new at-home dining experience through Wonder Group (of which Lore is founder, chairman and CEO), a startup that partners with popular chefs to create exclusive menus for mobile restaurants. The food, prepared en route to the customer’s home — and plated curbside — arrives hot on the spot. Investors smell what Lore’s cooking. The startup raised $350 million in Series B funding in June to earn a $3.5 billion valuation.

No matter how you slice, steam or fricassee it, that’s a big shift in food delivery service, and we’re thrilled that Marc Lore, founder, chairman and CEO of Wonder Group, will join us onstage for a fireside chat at TechCrunch Disrupt on October 18–20 in San Francisco.

We can’t wait to grab a fork and dig into Lore’s plans to expand beyond the 22 New Jersey towns and more than 130,000 households that Wonder currently services. The Wall Street Journal reports that the company plans to expand into new areas across the United States by 2035. We’ll be sure to ask him to elaborate.

Lore’s team has collaborated with some of the country’s most famous chefs, including Bobby Flay, JJ Johnson, Nancy Silverton and Michael Symon. We’re hungry to know who else might appear on the menu. We’re also curious to learn more about the startup’s business model and what other products and services Wonder may add farther down the prep line.

Lore is also the lead investor in Archer, an aerospace company building an all-electric vertical takeoff and landing aircraft, a co-founder and investor of Wizard, a conversational AI company focused on e-commerce, and Mojo, a sports stock market.

Lore has taken on a legacy project — building a smart, utopian desert city called Telosa. It’s designed to house 5 million residents and to test a new model for society, called Equitism, a portmanteau of equity and capitalism.

Lore became the newest NBA owner when he, along with friend and business partner Alex Rodriguez, purchased the Minnesota Timberwolves and the Minnesota Lynx in 2021.

TechCrunch Disrupt takes place in San Francisco on October 18–20 with an online day on October 21. Take advantage of our early bird rollback sale and save up to $1,300 over full-price admission. Buy your Labor Day early-bird passes before the deadline expires tonight, Tuesday, September 6 at 11:59 p.m. PDT.

Is your company interested in sponsoring or exhibiting at TechCrunch Disrupt 2022? Contact our sponsorship sales team by filling out this form.