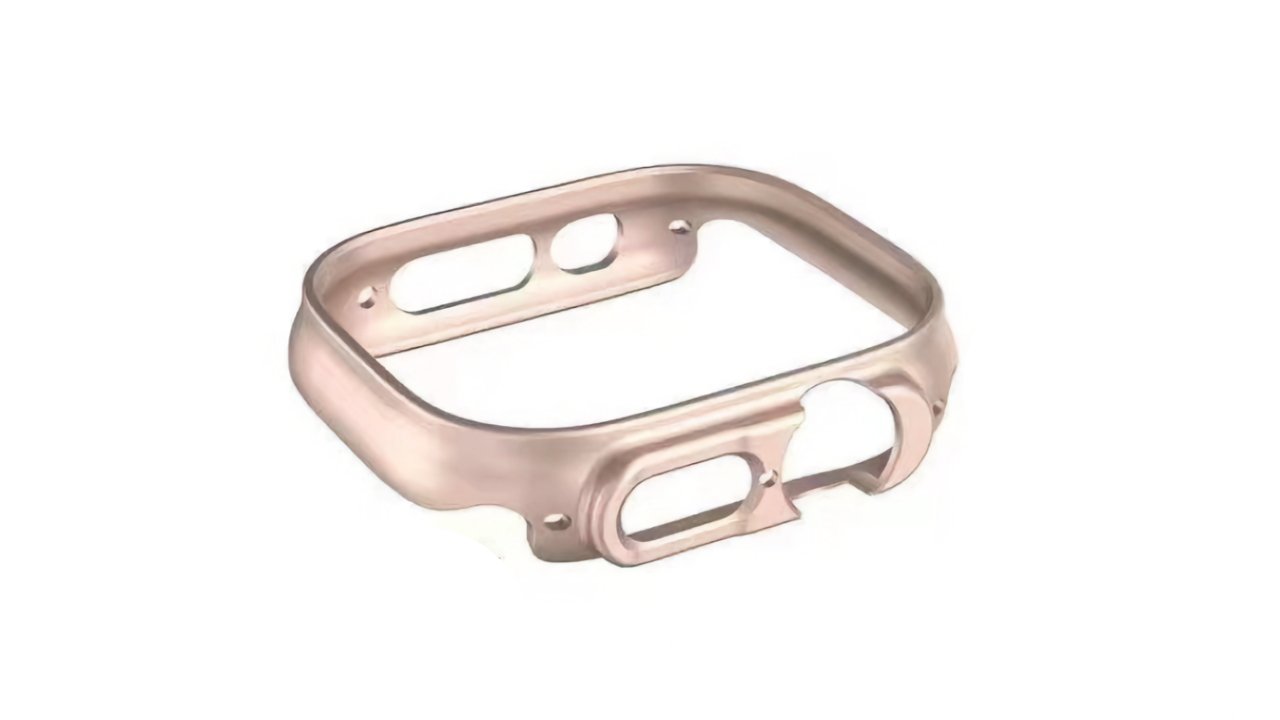 Images of what are claimed to be Apple Watch Pro cases, include a cutout for one extra button, and what could be a protective cover for a second.

Apple is expected to unveil a new, possibly larger version of its Apple Watch at its September 7, 2022 event. Now a multiple photographs showing what appears to be third-party protective covers have been leaked.

Leaker DuanRui, who has a long but mixed record in leaks, has shown a series of different-colored protective cases.

In response, Sonny Dickson has also tweeted images, including one of what looks to be a third-party protective casing and also strap.

There is no information about what the extra physical buttons could be for, but it's a reasonable extrapolation that they may provide workout and fitness options. Apple has long been rumored to be preparing a more rugged or sports Apple Watch, and it's easier for runners to find and press a physical button than to work the touch screen.

Previous reports have speculated that the new Watch could feature a temperature sensor, specifically to detect fevers. Most recently, it's been claimed that an Apple Watch Pro will cost $900 at launch.