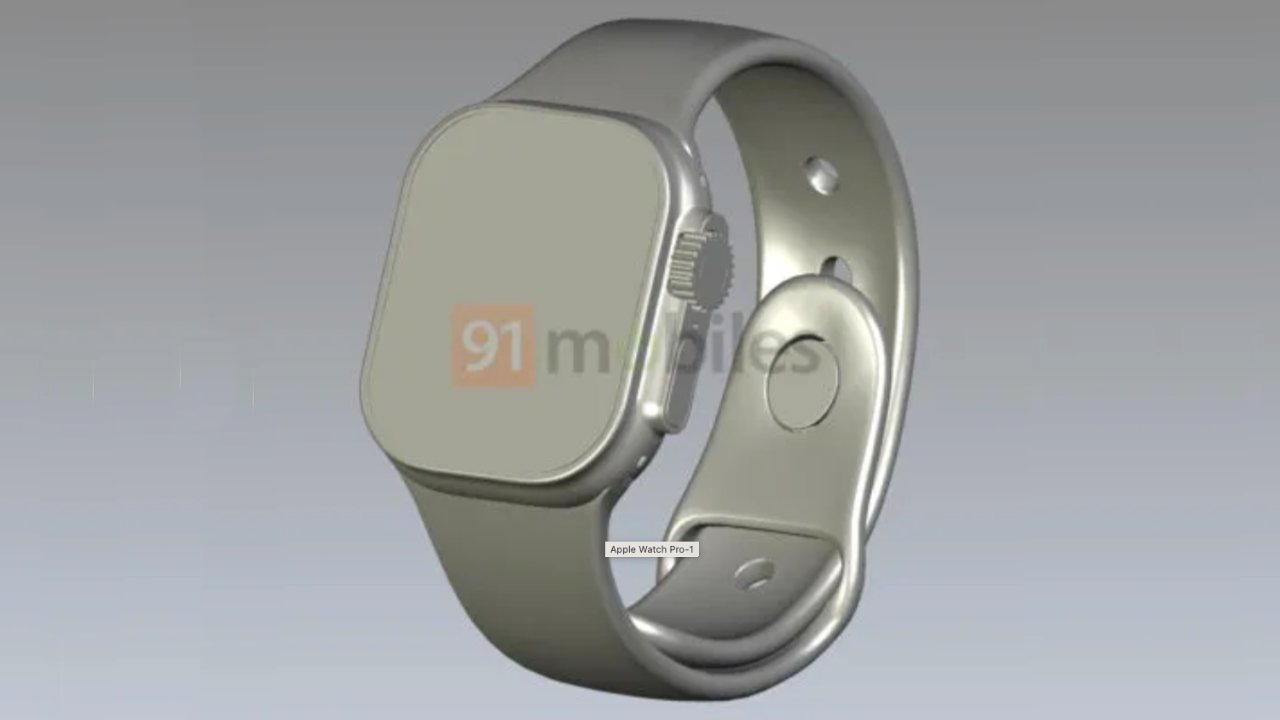 A new leak purports to show a complete series of CAD renders for the expected Apple Watch Pro, believed to be revealed at Apple's iPhone 14 event.

These new Apple Watch Pro CAD renders show a larger display than is expected for the regular Apple Watch Series 8. It's estimated to be a 49mm display size, compared to the 45mm of the Series 7.

A highlight of the renders is the protrusion around the Digital Crown. It's not clear what that's for at this time.

The renders come from the site 91mobiles, which in August 2021 showed Apple Watch Series 7 designs that turned out to be incorrect. A supposition at the time was that these flat-edged designs, mentioned in other leaks, could be early versions of the Series 8.

The renders do appear to match the third-party protective cases that were previously leaked. Those previous leaks presumed that the left side of the Apple Watch Pro would have two new physical buttons, however, where these renders show one plus a newly-positioned speaker grill.

Separately, other rumors have predicted that an Apple Watch Pro would be sold for $900 or more.